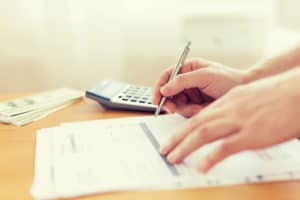 Federal Court of Australia Rejects ASIC’s Effort to Clamp Down On Access to Short-Term Loans.

In the matter of Australian Securities and Investments Commission v Teleloans Pty Ltd [2015] FCA 648, the Federal Court of Australia has dismissed a bid by ASIC to shut down the short-term lending business of a Gold Coast-based lender represented by Elliott May Lawyers.

According to ASIC, FLD and Teleloans were breaching the National Credit Code because separate agreements that FLD and Teleloans entered into with a borrower were “in reality” a single “credit contract”. Therefore the total fees collected from the customer under those two agreements exceeded the National Credit Code’s cap on charges that may be recovered under a “credit contract”.

As set out in the decision, the Court found that the National Credit Code did not apply, and dismissed ASIC’s claims.

ASIC has issued a press release stating that it is reviewing the judgment.

The Businesses Operated by Teleloans and FLD

The facts that were relevant to the ASIC action are set out in an annexure to the Court’s decision. This may be reviewed in its entirety by clicking here.

Teleloans charges customers fees for its services, but only if the customer successfully obtains a loan from FLD. Those fees are charged under a service agreement between Teleloans and the customer.

A potential borrower’s may deal directly with FLD, and avoid paying Teleloans’ fees. This is referred to as “Option 1” in Teleloans’ promotional material.

“Option 1” entails a more time-consuming application process. If successful, it results in loan funds being provided via a cheque sent by mail. By contrast, Teleloans offers its customers a same- or next-day deposit into the their bank account.

The agreed facts showed that Teleloans and FLD cooperate with each other. For example, the two companies share premises and FLD does not maintain an office phone number. Also there is a loan-services management agreement between FLD and Teleloans. Under this Teleloans guarantees to FLD the repayment of the principal and the 5% charge owed by a Teleloans customer to FLD. Consultation and business advice fees have also passed from Teleloans to FLD. But no referral fees or commissions relating to the provision of credit pass between FLD and Teleloans.

ASIC sought orders from the Court that would permanently restrain Teleloans and FLD from running their respective businesses.

The term “arrangement” was significant because the National Credit Code contains an extended definition of “contract”. It is defined at section 204 of the Code to “include a series or combination of contracts, or contracts and arrangements.”

The extended definition of “contract” then feeds into the meaning of “credit contract”. This is defined as “a contract under which credit is or may be provided, being the provision of credit to which this Code applies”.

So, according to ASIC, the customer’s agreement with Teleloans and the same customer’s agreement with FLD form a single “contract” under which credit is provided so as to constitute a “credit contract” that is governed by the National Credit Code. That alleged “credit contract” was said by ASIC to breach the National Credit Code’s cap on permissible charges for the provision of consumer credit.

Support relied on by ASIC

Each of those cases found that there was a sufficient nexus between what were otherwise separate agreements to nonetheless give rise to a “contract” within the extended definition of that term under the New South Wales Code, which mirrored the National Credit Code.

Elliott May Lawyers, and its counsel, Mr Barlow QC and Mr Travis, resisted ASIC’s submissions. They pointed out that the Bahadori and Walker cases involved a nexus that differed in important ways from any alleged nexus between the Teleloans and FLD agreements with a customer.

In addition, FLD and Teleloans relied on the High Court decision of Australian Finance Direct Ltd v Director of Consumer Affairs Victoria (2007) 234 CLR 96 for the proposition that the Court must reject an “economic equivalency” approach to determining whether separate transactions ought to be aggregated for the purpose of bringing a transaction that falls outside the language of the National Credit Code within its scope.

At the outset of his reasons, Justice Logan observed that the drafting of the National Credit Code brought to mind Winston Churchill’s description of Russia as “a riddle wrapped in a mystery inside an enigma.”

Nonetheless, the Court held that the key to unlocking the riddle was the recognition that Teleloans was a ‘helper’ who provides a service, as opposed to credit, and provides that service as an agent of the customer. Properly understood, the only credit provided was “under” the loan agreement between FLD and its customer. Thus, the plain language of the National Credit Code does not reach out to the charges incurred by a customer under his or her ‘helper’ agreement with Teleloans.

The Court, citing Australian Finance Direct, noted that the task of the Court was to apply the terms of the Code to the case at hand. And not to consider how that Code may apply to another case.

It followed, therefore, the Court continued, that “it is nothing to the point that the respondent companies (or those who controlled them) might have adopted a different model which could, on analysis, be seen to have yielded the same economic gains as the present but which was a model to which, as a matter of ordinary language, the Act and the Code applied.”

The Court further noted that there was no general anti-avoidance provision in the National Credit Code, and the particular provisions aimed at specific avoidance activity do not apply to the case before the Court.

In concluding remarks, the Court quoted Gauntlett v Repatriation Commission (1991) 32 FCR 73 at 77 for the proposition that “it is the constitutional function of Parliament, and not that of the judges, to correct any anomalies thought to arise from applying the plain language of legislation.

Elliott May Lawyers is working closely with its clients to ensure that they are apprised of the impact of this decision to their business models.