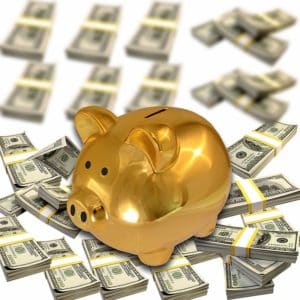 The defendant guarantor’s case revolved around the alleged misleading or deceptive conduct arising from a representation made by an employee of the lender bank. Upon detailed consideration of the facts and applicable law, Justice Stevenson entered judgement for the lender.

On 1 October 2012, all of the assets, liabilities, obligations and business of BankWest were transferred to the Commonwealth Bank (“Bank”) pursuant to the Financial Sector (Business Transfer and Group Restructure) Act 1999 (Cth).

The Bank brought these proceedings under guarantees given by the defendants to BankWest in relation to the indebtedness to BankWest of the borrower Lanai Apartments Pty Limited (“Borrower”). BankWest financed the Borrower’s purchase and development of a property in Mackay. The purpose of the loan facility entered between BankWest and the Borrower in March 2007 was to assist in providing for the purchase of the Mackay property.

After the Borrower purchased the property, the loan facility was varied to increase the limit in order to provide for the construction and development of 80 residential units. The loan facility terms contained several conditions precedent. For instance, condition precedent 7 gave BankWest the option to have pre sales contracts reviewed by their solicitors. As a result the solicitors could confirm whether the terms of the pre sales contracts were acceptable.

At the time of these events, Section 212 of the Body Corporate and Community Management Act 1997 provided that a contract between a buyer and seller for the sale of a lot intended to come into existence as a lot in a community titles scheme must provide that settlement not take place earlier than 14 days after the seller advises the buyer of the establishment or changing of the scheme. Importantly, the pre-sale contracts drafted for the purpose of the development plans did not contain a provision required by Section 212.

On 12 November 2008, Justice Mackenzie found that the absence of a provision to the effect of Section 212(1) from a pre-sale contract entitled the purchaser under that contract to cancel the contract and recover its deposit. This decision was upheld by the Court of Appeal

The Queensland Parliament responded to this decision, by enacting emergency legislation to overturn its effect. Neither party in this matter had knowledge of this problem until the decision of Justice Mackenzie in November 2008.

At the completion of the Mackay development in early 2009, 10 of the 44 pre-sale contracts had been terminated by buyers in reliance of the Bossichix decision. The loan facility expired in September 2010 and the Borrower was then indebted to BankWest in the amount of $18,100,788. The Bank served a demand on the guarantors of the loan facility on 28 September 2011. The proceedings before the New South Wales Supreme Court commenced on 14 October 2011.

The Defence of the Guarantor

The Guarantors claimed that in May 2007, BankWest engaged in misleading or deceptive conduct within the meaning of s 12DA of the Australian Securities and Investments Commission Act 2001 (Cth). And as a result they were entitled to an order under s 12GM of that Act.  An order made under s 12GM would discharge the Guarantors from all liability under the guarantees.

For the following reasons, Justice Stevenson disagreed with the Guarantors and entered judgement for the Bank.

Firstly, it was noted that two of the alleged misrepresentations against BankWest had not been pleaded by the Guarantors. In the final version of the defendants’ response, only a single representation was alleged. Namely, that the Bank represented that the pre-sale agreements were Qualifying Pre Sales Contracts for the purpose of the loan facility. This was not disputed by the Bank.  Mr Brown, a Senior Relationships Manager working for BankWest, had told Mr Chamos that the pre-sale contracts were “all fine”. However, during the hearing, counsel for the Guarantors submitted that implicit in Mr Brown’s statement were representations to the effect that the pre-sales contracts were:

(b) did not contravene Queensland law.

Justice Stevenson adjudged all further alleged representations to be outside the defendants’ pleadings and rejected them on this basis alone.

It was concluded that by Mr Brown saying “yes they are all fine”, that the Bank accepted that the pre-sales contracts satisfied Condition Precedent 7 and thus were “Qualifying Pre Sale Contracts”.  Justice Stevenson refused to accept that Mr Brown was making any further representations.

Assessing if a representation is misleading or deceptive

“In the case of an individual it is not necessary that he or she be reconstructed into a hypothetical, ‘ordinary person’. Characterisation may proceed by reference to the circumstances and context of the questioned conduct. The state of knowledge of the person to whom the conduct is directed may be relevant, at least in so far as it relates to the content and circumstances of the conduct.”

In order to ascertain the state of mind of Mr Chamos at the time of the alleged misrepresentation, Justice Stevenson referred to an email sent by Mr Chamos on 15 May 2007. The email reads as follows:

“From what I can understand I believe that all necessary information to complete the credit submission has been sent to you as well as satisfying what we believe are going to be the mandatory conditions precedent to begin construction funding.”

Justice Stevenson concluded that at the material time Mr Chamos only perceived Mr Brown’s representation to be a comment on the satisfaction of the Conditions Precedent. Because Mr Brown was satisfied that the pre-sale contracts met the requirements of Condition Precedent 7, no misrepresentation could be established.

Judgement was entered for the Bank.