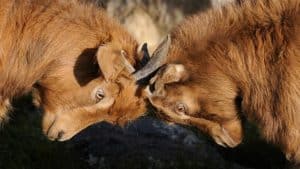 Caveat Dispute – where mortgagee exercising power of sale is unable to transfer the land due to a caveat lodged by the former director of the mortgagor.

In McElligott v Commonwealth Bank of Australia [2012] the Queensland Court of Appeal was asked to consider a registered owner’s caveat preventing the registration of a transfer and mortgage. And an order by the Supreme Court to remove this caveat under s 127 of the Land Title Act 1994 (Qld).

Lorain McElligott (the appellant) was the sole director and shareholder of Westwood Enterprises (Qld) Pty Ltd. Westwood was wound up on 14 October 2009. Therefore the appellant lacked authority to perform or exercise a function or power as an officer of Westwood under the Corporations Act 2001 (Cth).

Despite this, she lodged a caveat over land registered in the name of Westwood. The caveat was requisitioned and amended by Ms McElligott to describe the caveator as Westwood as Trustee for the McElligott Discretionary Trust. The grounds of claim contained in the caveat alleged fraudulent action on behalf of the company’s lawyers that led to the company being wound up. The alleged fraudulent behaviour was in relation to a statutory demand which did not include the required warning statement. Importantly, the caveat did not assert grounds of claim against the then registered mortgagee or the purchaser of the property or the CBA, being the respondent to this appeal, which provided finance for the purchase. In her oral submissions Ms McElligott argued that the property had been sold under value, although she provided no evidence apart from dated property valuations.

The caveat lodged by Ms McElligott prevented the registration of a Transfer to the person who had purchased the land from the NAB in exercise of its power of sale as mortgagee. It also prevented a mortgage registering between the purchaser and his financier the CBA. The CBA demanded that the caveat be removed pursuant to s 127 of the Land Title Act 1994 (Qld). Westwood’s liquidators advised the CBA that they neither consented to nor opposed its application to remove the caveat and “at no stage have we authorised Ms McElligott to lodge the caveat on our behalf in our capacity as liquidators or receivers”.

The primary judge found that Westwood had no interest preventing registration of a Transfer consequent upon a sale by the NAB. His Honour noted that there was no allegation that the NAB had fraudulently obtained its mortgage or acted fraudulently in exercising its power of sale as mortgagee in possession. Ms McElligott was in no position to challenge the sale by the NAB since control of the land and the affairs of Westwood rested with the liquidators. The trial judge ordered that the caveat be removed.

The Court of Appeal held that the primary judge was correct to order the removal of the caveat lodged by Ms McElligott on behalf of Westwood. Even if there was some evidence supporting a case against the NAB for breaching its duty to sell the property at market value (s 85 of the Property Law Act 1974 (Qld)), section 85(3) states:

In relation to the alleged fraudulent behaviour of Westwood’s former solicitors, Justice Applegarth concluded that no allegation was raised in the caveat “that the NAB lacked the power to exercise its power of sale as registered mortgagee of Westwood’s property”. Accordingly, Ms McElligott’s appeal was dismissed.

The full judgement can be read by following the link below:

Elliott May Lawyers regularly act for lenders and mortgagees involved in caveat disputes. Elliott May Lawyers specialise in all aspects of mortgage and caveat lending and enforcement, including preparation of offer documentation, loan agreements, mortgages, priority deeds, PPSA charges and guarantees, as well as issuing possession proceedings and facilitating the exercise of power of sale by mortgagees.