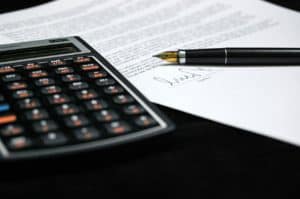 Construction of contractual terms and the concept of priority between secured lenders.

In AET SPV Management Pty Limited v Wildfire Amusements Pty Ltd the court was required to construe an agreement to determine whether a mortgagee had agreed to postpone the priority of its first registered mortgage in favour of another lender.

A property was purchased by APH from Wildfire for $10 million, of which $7 million was paid on completion. The balance of $3 million was the subject of special conditions providing for payment by way of trade through residential and hotel apartments (“Trade Balance”). To further secure this Trade Balance, APH promised to execute a consent caveat in favour of Wildfire on or before completion.

The sale was completed on 29 July 2008. A consent caveat was lodged. This consent caveat did not apply to various instruments including any mortgage of the land granted in favour of BOSI (a financier) and any transfer or assignment of such a mortgage. BOSI later assigned its rights as mortgagee to the applicant in these proceedings, AET SPV Management Pty Limited.

The development did not proceed as anticipated, leading APH to enter into an agreement to sell the property.

Wildfire claimed that APH was obliged to pay it $3 million pursuant to the sale contract. And it commenced proceedings against APH to recover that sum. In contrast, the mortgagee sought a final determination of its claimed entitlement, as first registered mortgagee over the property “to payment first out of the proceeds of sale of the Land in priority to Wildfire’s claim to an equitable charge or security interest in the Land”.

The mortgagee also sought an order to remove the caveat in favour of Wildfire. Justice McMurdo found that the balance of convenience favoured an order that the caveat be removed on certain terms, namely that the mortgagee should retain the disputed sum of $3 million in the trust account of its solicitors until determination by the Court as to which of the competing securities enjoyed priority to those funds.

The issue of which security enjoyed priority turned on the construction of a Tripartite Deed entered between Wildfire as vendor of the land, APH as purchaser and BOSI (later transferred to AET) as financier.

The key provision identified by Justice Applegarth was clause 3 (Removal of Consent Caveat) which stated:

The Vendor agrees (and the Beneficiary acknowledges) that upon receipt of:

(a) written notice from and Enforcing Party that it is enforcing its rights pursuant to the Securities; and

(b) payment by an Enforcing Party to the Vendor of an amount equal to the Vendor’s Debt, the Vendor shall no longer have any Interest in respect of all or any part of the Land and the Vendor undertakes to the Financier:

i.  to promptly remove all of its Registered Interests from the relevant register in respect of the Land; and

On its argument, the overarching structure of the Tripartite Deed was said to be that:

The respondent, Wildfire, submitted that clause 3 addressed the subject of “Removal of Consent Caveat” and envisaged a financier “enforcing its rights pursuant to the Securities”. Justice Applegarth found this view to run ‘contrary to well-established canons of construction’. His Honour stated:

The fact that cl 3 of the Tripartite Deed is headed “Removal of Consent Caveat” does not mean that it is the only means by which a caveat can be removed. The text, and not simply the heading of cl 3, govern its interpretation and operation. Clause 3 casts an obligation upon Wildfire to remove its consent caveats in certain circumstances. It confers corresponding rights upon the financier (in this case, the applicant as assignee from BOSI) to have the caveats removed. The circumstances are the giving of the required written notice pursuant to cl 3(a) and the payment of $3 million pursuant to cl 3(b). The applicant may choose to exercise its rights pursuant to cl 3. It is not obliged to do so. I accept the applicant’s submissions that cl 3 confers an additional right upon the first mortgagee.

Rather than being a code governing the withdrawal of caveats, clause 3 contained a promise by Wildfire that it would promptly remove its consent caveats and no longer have any interest in the land if it was paid $3 million.