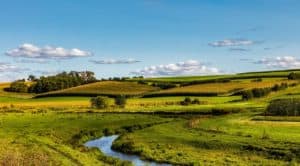 The High Court of Australia allowed an appeal from a farmer regarding the validity of enforcement action taken by a lender. The decision is important in outlining the strict requirements for enforcing farm mortgage debts in New South Wales.

This article summarises the relevant provisions of the Farm Debt Mediation Act. It also considers the ramifications of the decision in the matter of Waller v Hargraves Secured Investments.

The legislation has in mind the efficient and equitable resolution of farm debt disputes. Therefore the following sections must be considered by lenders wishing to take enforcement action.

Timeline of the Facts

The decision in Waller v Hargraves Secured Investments highlights the importance of creditors understanding their rights and obligations regarding the Farm Debt Mediation Act. The issue was whether a certificate issued in relation to one farm debt could allow a creditor to take enforcement action in relation to another debt.

The primary issue before the High Court was whether the enforcement action undertaken by the lender related to the same “farm mortgage” in respect of which the s 11 certificate was issued.

The High Court disagreed with the NSW Court of Appeal and allowed Ms Waller’s appeal for the following reasons:

Mortgage and caveat lenders should always be cautious when lending against the security of property the subject of the act, both when entering into the loan facility to ensure that there is sufficient equity in the security property to cover the costs and accruing interest associated with complying with the Act, as well as if it becomes necessary to enforce its rights under a loan agreement or mortgage after an event of default has been committed.

The High Court’s decision is a reminder to lenders about the stringent requirements of, and the need to adhere to, the Farm Debt Mitigation Act. Clearly, a mortgage lender’s ability to take enforcement action is subject to the Authority issuing a section 11 certificate relating to the particular farm debt being recovered.

The decision of the High Court may be read in full by following the link below:

Elliott May Lawyers specialise in all aspects of mortgage and caveat lending and enforcement, including preparation of offer documentation, loan agreements, mortgages, priority deeds, PPSA charges and guarantees, as well as issuing possession proceedings and facilitating the exercise of power of sale by mortgagees.