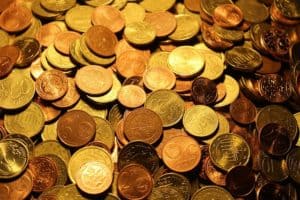 Supreme Court confirms that finance brokers are the agent of the borrower not the lender.

In Secure Funding Pty Ltd v Moon & Anor Justice Lyons of the Supreme Court of Queensland upheld the general principle that a finance broker is not the agent of the lender even if the lender pays a fee to the broker.

It is plain from Mr Moon’s own evidence that he was prepared to be dishonest to obtain finance. Indeed, he had strong motive to do so: he described his financial position at that time as “very desperate”… Frankness would have been inconsistent with his dealings with Mr Stevenson…

Because of these findings, the allegations that Mr Stevenson and Concate acted without proper instructions and authority were not upheld. His Honour found that Mr Moon had been dishonest about his income. And he had lied in order to receive additional finance.

Broker the agent of the borrower

Even if paid a commission by a lender, a broker is considered the agent of the borrower. The onus was on Mr and Mrs Moon to displace this general principle. Justice Lyons found there was nothing in the evidence given to suggest Mr Stevenson acted as the agent for Secure Funding in relation to the loan application made by Mr and Mrs Moon. Mr Moon understood that Mr Stevenson might make an application for finance to one of a number of potential lenders. It was therefore found that neither Mr Stevenson nor Concate acted as the agent for Secure Funding.

In a general sense, a lender owes no duty to a borrower to give commercial advice. Or to investigate the ability of the borrower to make repayments of the loan, or verify information provided by the borrower. His honour stated:

It would be remarkable if a lender owed a duty to a borrower to investigate an untrue statement about the borrower’s income, for which statement the borrower was dishonestly responsible.

The counter-claim filed by Mr and Mrs Moon was dismissed accordingly. Secure Funding as mortgagee recovered possession of the security property. Mr and Mrs Moon were ordered to pay the amount owing.

The decision of Justice Lyons may be read in full by following the link below: