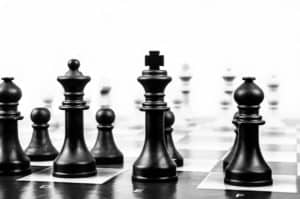 In Utopia Financial Services v Financial Ombudsman Service [2012] WASC 279, the Supreme Court of Western Australia affirmed the exceedingly wide powers FOS has at its disposal to resolve disputes involving its members, even if this means creating new rights and obligations.

Mr and Mrs Rees, as borrowers, sought compensation from Utopia (a financial planner) for losses said to have flowed from acting according to recommendations provided by Utopia. The borrowers lodged a standard complaint form with the External Dispute Resolution Scheme (EDR), the Financial Ombudsman Service (FOS). FOS found that Utopia had breached its duty to Mr and Mrs Rees because it did not have a reasonable basis for the advice provided to them.

Utopia then commenced court proceedings claiming breach of contract. It also argued that FOS had incorrectly quantified the loss suffered by Mr and Mrs Rees. By way of counterclaim, FOS applied for an order for specific performance of its determination that Utopia pay compensation to Mr and Mrs Rees.

The provisions of FOS’s Constitution and the applicable terms of reference in respect of a dispute form a binding contract between each member and FOS. The Terms of Reference allow FOS a very wide discretion when granting remedies, such as the payment of compensation. As a member of FOS, it was common ground that the provisions of the FOS Constitution and the Terms of Reference formed a binding contract between Utopia and FOS. However, Utopia argued that FOS was in breach of this contract.

Under the contract between Utopia and FOS, FOS had the ability to create new rights and obligations between one of its members and a complainant. In this way, the powers exercised by FOS differ from judicial powers. In contrast the courts powers relate to ascertaining and enforcing existing legal rights, not creating new rights and obligations. Because FOS was not exercising a judicial function, rather one founded within the contract between itself and Utopia, its powers could not be construed in the same way as a decision in common law or equity. Such an interpretation was held to be inconsistent with the FOS Terms of Reference.

Accordingly, the Court found it unnecessary to enquire into whether or not the FOS Panel correctly quantified the loss or damage. The Judge found that FOS had compensated the Borrowers for their direct financial loss or damage and that the quantification of the loss or damage was determined in accordance with the FOS Terms of Reference. Consequently, FOS was not in breach of its contract with Utopia.

Utopia also argued that in making the award of compensation, FOS failed to consider the benefits both received and receivable in the future by the Borrowers in the context of all financial advice provided. Utopia argued that this should have been off-set against the damages otherwise found to have been incurred.

However, this argument was not part of Utopia’s original submission to the FOS Panel. Therefore, the Judge reiterated that a FOS determination ‘does not involve the performance of a judicial function’. Rather, FOS’s contractual duty when deciding a dispute, and what remedy should be applied, need only be what in FOS’s opinion is fair in all the circumstances having regard to legal principles, applicable industry codes or guidance as to practice, good industry practice and previous relevant decisions of FOS. Accordingly, the court was required to consider matters not raised by Utopia in its original submission to FOS.

Utopia’s claim was dismissed and there was an order for specific performance requiring Utopia to pay to the Borrowers the sum of $142,015.

This decision affirms FOS’s broad discretionary powers when determining disputes and granting remedies. Importantly, such remedies are not confined to common law or equitable doctrines. Therefore, FOS members need to understand that the Terms of Reference with EDR Schemes are binding contracts capable of being enforced through the courts by way of orders for specific performance.