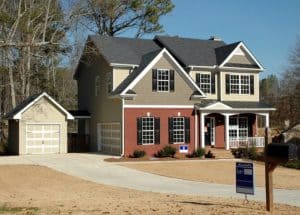 The Court will not ordinarily make an order for judicial sale of a mortgaged property against the wishes of the mortgagee unless the mortgagee’s conduct would otherwise prejudice the mortgagor.

In the matter of Koovousis v Tony, trustee in bankruptcy of the Estate of Vrkic, Elliott May Lawyers convinced the court that the rights of its mortgagee client should prevail over the rights asserted by a purchaser seeking specific performance of a contract of sale over the mortgaged property.

Before the registered owner of the mortgaged security property went bankrupt, he entered into a contract to sell the land to the plaintiffs, George and Francesca Koovousis. There was a mortgage registered over the land in favour of Monaco Solicitors Pty Ltd. The mortgage secured all monies lent by it to the owner.

The owner of the property was declared bankrupt. Thereafter, the plaintiffs sought an order for specific performance of the contract against his trustee in bankruptcy (being the first defendant in these proceedings). Or alternatively a declaration that they were entitled to a return of the deposit. The plaintiffs joined to the proceedings all parties who claimed a security interest in the land. This included Elliott May’s client as mortgagee (being the fifth defendant in the proceedings). The fifth defendant as mortgagee applied for an order that the plaintiff’s proceedings be summarily dismissed.

What rights did the plaintiffs have against the land as purchasers under the contract?

The Court considered the various and competing interests the parties had to the land. From the plaintiff’s perspective, the contract of sale gave rise to a personal right against the registered proprietor of the land. To enforce the contract, the plaintiffs called upon the court’s equitable jurisdiction to enforce this right by an order of specific performance.

The plaintiffs never contended that they had a cause of action or any equity enforceable against the mortgagee. This meant that any rights they had under the contract were enforceable only against the first defendant (i.e. the trustee in bankruptcy). But they could not defeat the registered legal interest of the mortgagee. The plaintiffs’ interest was subordinate in every way to the legal interest of the registered mortgagee.

In exceptional circumstances, the Court has a discretionary jurisdiction in equity to make an order for judicial sale of land despite the objection of the registered mortgagee. This jurisdiction is enlivened “when conduct of a mortgagee, in prospective enforcement of its rights under a mortgage, would operate inequitably to the prejudice of the mortgagor”.

According to the facts, Justice Lindsay found no basis upon which the discretionary jurisdiction could be exercised. It was also noted that the mortgagee had taken steps to enforce its security by taking possession of the property. In relation to this point, Justice Lindsay stated:

“The Court will not ordinarily make an order for a judicial sale on an application by a mortgagor (still less, a purchaser from a mortgagor) where there is a negative equity and the mortgagee actively wishes to enforce its security”.

The plaintiffs’ proceedings against the mortgagee were summarily dismissed. Justice Lindsay found that any rights the plaintiffs had against the bankruptcy trustee were subject to those of the registered mortgagee. Therefore this enabled Elliott May’s client to re-agitate a claim for possession of the land to enforce its security. The Court ordered the plaintiff to pay costs for the proceedings.