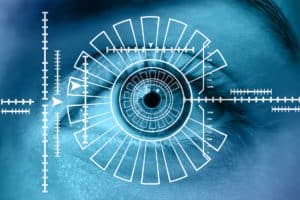 Despite this, there is a worrying trend developing between certain lenders and their solicitors who, in apparent haste to fund, are relying on the solicitors for the mortgagor to act as agent for the lender in the misguided belief that this discharges the legislated requirement to take ‘reasonable steps’ to verify the identity of the mortgagee.

It is our view that this approach is fraught with danger and that a lender who relies on a conflicted solicitor to identify their mortgagee may be exposing themselves to a finding by the Court that ‘reasonable steps’ were not taken in such circumstances to identify the mortgagee. Of course, the ramifications for a lender if such a finding is made, especially if there is fraud involved, can be catastrophic.

Mortgage fraud in Australia remains commonplace despite efforts to improve the integrity and security of government identification documents and strengthening verification of identity procedures. Recent advancements in technology have enabled fraudsters to more easily create authentic-appearing copies of identification documents for the purpose of defrauding innocent parties. Whilst not common place, there have unfortunately also been situations where fraud has occurred where the solicitor for the borrower has been complicit in and/or enabled the fraud to occur by not fully discharging their professional and ethical obligations.

To mitigate rising instances of fraud, strengthened verification of identity (VOI) requirements have been introduced Australia-wide. Most lenders will be familiar with the VOI changes, but may not fully understand exactly what is required of them. Nor how the changes can impact the validity of mortgage transactions should they be impacted by fraud.

Broadly speaking, indefeasibility of title provides that title to land passes on the registration of an instrument notwithstanding any invalidity or defect in the instrument itself (see, for example, s 184 of the Land Title Act 1994). In relation to mortgages, even where there is fraud, a mortgagee can enjoy indefeasibility of title provided they had no knowledge of the fraud and they complied with the requirements to properly identify the mortgagor. Knowledge of any fraud, and/or a failure to take “reasonable steps” to identify the mortgagor, are the primary examples of exceptions to indefeasibility, although there are others.

Indefeasibility of Title requirements and standards change from jurisdiction to jurisdiction. Should you require specific advice on a particular jurisdiction, please contact us.

Identification: what are “reasonable steps”?

Mortgagees are required to take reasonable steps to verify the identity of mortgagors. The Land Titles requirements utilising the standards set out in the VOI provisions are in the most part standard across Australia (although there are certain nuances which some lenders fail to appreciate – for example, the timing of the steps required by NSW as compared to VIC).

Using Queensland as an example, s 11A(2) of the Land Title Act states:

“Reasonable steps” means the taking of such steps as an ordinarily prudent mortgagee would have taken in the circumstances and in the ordinary course of his or her business. Whether reasonable steps were taken will be a question of fact depending on the circumstances of the individual case. And ultimately it will be determined by a Court on an objective basis. Fortunately for lenders, guidance is provided by the VOI Standard, and generally speaking, most jurisdictions state that it will be deemed that “reasonable steps” have been taken if the VOI Standard is followed before the mortgage is executed (although there are nuanced variations between jurisdictions).

What does this mean for mortgagees and what are the benefits of a “Second Identification Meeting”?

In practice, by following the VOI requirements a mortgagee is provided with a “safe harbour” from accusations from other parties that it did not take steps to verify the mortgagor’s identity. If a mortgagee is not a party to the fraud, and was without notice of the fraud, the mortgagee will most likely enjoy an indefeasible interest as registered mortgagee over the property.

The VOI Standard requires the mortgagor to meet with the mortgagee in person, even if they have met with their own lawyer and been identified. As cumbersome and inconvenient as this may seem to those with a vested interest in funding loans quickly, this is what is required to comply with the “safe harbour” principles. This “Second Identification Meeting” may seem like overkill by many parties from a commercial perspective, but should mortgagees decide to “skip” this process, their mortgage may not enjoy indefeasibility and be void and unenforceable, typically because of fraud, any in presonam exemption, and other exceptions to the rules of indefeasibility.

By way of example, if there is fraud and a mortgagee has not taken the required steps to identify the mortgagor, the mortgage will be set aside, even if they had no knowledge of the fraud.

Elliott May encourages its clients to take these requirements seriously, as the consequences of non-compliance can be severe. The process may seem cumbersome. This is especially so for those with a vested interest in settling a transaction quickly, i.e. brokers and borrowers, and increasingly solicitors acting for lenders who are under pressure from their clients and referral sources to find ways to short circuit the process.

However, these procedures are vital in deterring fraud and ensuring mortgages are not set aside if fraud is involved.

In closing, and to reiterate our opening comments, we strongly advise all mortgagees to resist the pressures to fund in haste by relying on the solicitors for the mortgagor to purportedly verify the identity of their own client on behalf of the mortgagee.  This is by no means a comprehensive advice as to the measures required by mortgagees to obtain an indefeasible mortgage (in particular because of the nuances and varying requirements between jurisdictions), other than to set out our strongly held view about the imprudence of mortgagees relying on the solicitor for the mortgagor alone for identification purposes.

Lender’s Mortgage Insurance: Who Does it Protect?

Verification of Identity: Reasonable Steps in the VOI Standard