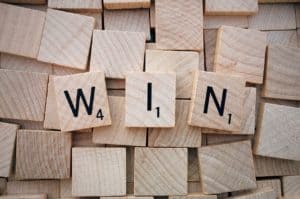 In a recent judgment of the Supreme Court of NSW a mortgagor obtains the right to file a cross-claim, but with restrictions. To pursue further claims an additional security amount is payable to the mortgagee.

ASL rolled over the initial due date multiple times, with the relevant repayment date being 15 December 2014. Thereafter ASL claimed repayment was due. On 19 October 2015 ASL filed a statement of claim to take possession of the property.

Borina, however, asserted that because of another roll over of the loan for a further two years, the due date was in fact the 15 December 2016. During 2016 the parties filed a number of defences and statements of claim. The trial date was set for 20 February 2017.

As the date loomed ASL pointed out to Borina that the loan payment, even with the alleged loan roll-over, was now without doubt due on 15 December 2016. Settlement negotiations started immediately.

The filing of the cross-claim

Thereafter Borina filed a cross-claim to which ASL did not consent. Borina claimed it had suffered loss and damages, in the form of interest, costs and interest on costs.

Borina then filed a second cross-claim which included the following claims of loss and damages due to:

Further, Borina claimed for money had and received. It also sought an order that an account be taken.

Submissions made in response to filing of the cross-claim

ASL made the following submissions:

The Court rejected Borina’s claim of a breach of contract. It stated that the only right the mortgagor has after redemption of the mortgage, was taking of accounts between the two parties.

However, the Court did not find Borina’s argument of unconscionability to be hopeless or doomed to fail.

The Court concluded that Borina could file a cross-claim confined to:

But, if Borina wanted to pursue its claim for the additional Baccus interest, it must provide ASL with $10,000 as extra security.