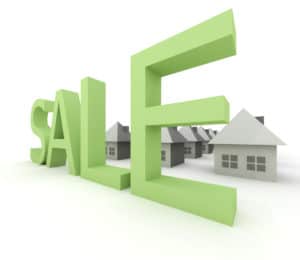 In the recent matter of Westpac Banking Corporation v Helicopters Brisbane Pty Ltd & Ors [2012] QSC 263 the Supreme Court of Queensland was asked by Eddy Groves, former CEO of ABC Learning, to dismiss an application for summary judgment. The court was required to consider the operation of s85 Property Law Act 1974 dealing with the obligations imposed on a mortgagee exercising power of sale over secured property.

Westpac brought an application for summary judgment against the third defendant, Eddy Groves, for a debt of $338,975.16. This debt arose out of a commercial loan agreement executed on 4 March 2004 (Loan Agreement). It was between Westpac as lender, the first defendant (Helicopters Brisbane) as borrower. And the second and third defendants (Groves) as guarantors.

In March 2004, Westpac advanced $808,992.83 to Helicopters Brisbane for the purchase of a thermal imaging helicopter camera. Helicopters Brisbane was obliged to repay the loan in 60 monthly installments. Together with a residual payment of $323,600. Westpac was also granted a bill of sale over the camera.

Clause 4 of the Standard Conditions of the Loan Agreement contained a “no set-off clause” in the following terms:

A mortgagee when exercising a power of sale must take reasonable care to ensure the property is sold at market value. As required by section 85 of the Property Law Act. The mortgagee must adequately advertise the sale. And obtain reliable evidence of the property’s value while maintaining the property. And then the mortgagee can sell the property at auction unless it is appropriate to sell it in another way. Section 80(5) provides:

‘An agreement or stipulation is void to the extent that it purports to relieve, or might have the effect of relieving, a mortgagee or receiver from the duty imposed by this section’

Eddy Groves alleged that Westpac was not entitled to the sum claimed because it sold the camera at a significantly undervalued price. Also that the guarantee was unenforceable because Westpac breached its duty to advise him of the effect of the guarantee.

Westpac referred to the “no set-off clause” and argued that if Mr Groves was entitled to damages then he would have to pay the sum owing to the bank. To simplify, Westpac argued that the clause did not extinguish Groves’ claim but postponed it until the debt was paid.

‘The jurisdiction of the courts and the rights of parties to make claims before courts are not conferred by contract and cannot be ousted by contract. However there is… no infringement of this principle where parties agree that in stated circumstances a particular sum of money will change hands without the opportunity at the same time to obtain judicial disposition of any other claim between them.’

Justice Martin felt it unnecessary to decide on whether the “no set-off clause” was valid with respect to section 85(5) of the Property Law Act. This was because of a separate claim raised by Mr Groves regarding a representation said to have been made to him by a Westpac employee. Mr Groves claimed a Westpac employee told him the sale price of the camera would cover the residual cost. And therefore he should not pay the amount in arrears. Westpac did not raise any evidence to counter this claim. And Justice Martin accepted Mr Groves’ account.

Mr Groves argued that the representations made by the Westpac employee entitled him to an award of compensation under s 82 of the Trade Practices Act . Or alternatively, orders should be made to vary or partially rescind the guarantee. So that it would instead secure the amount due less the sums equal to the losses caused by the bank’s contravening conduct. Justice Martin referred to the relevant case law to support the notion that “no set-off clauses” do not limit a defendant’s right to seek damages under the Trade Practices Act, although the guarantee itself may not be impeached.

Westpac’s application for summary judgement in relation to the debt claimed was dismissed. His Honour confirmed that in these situations a claim will only be decided summarily in the clearest of cases. Justice Martin held that the power to exercise this jurisdiction is one that should be exercised with great care. And should only be exercised where it is clear that there is no real question to be tried.

The matters raised by Mr Groves regarding the ‘no set off’ clause led to the conclusion that there remained a real question to be tried.

The decision of Justice Martin may be read in full by following the link below: