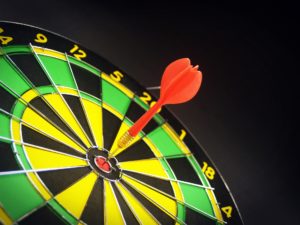 The recent NSW Supreme Court decision In the matter of Assta Labels Pty Ltd [2018] NSWSC 1094 illustrates the consequences of incorrectly registering a security interest on the PPSR.

Assta Labels Pty Ltd, Dashing Print Pty Ltd and PMP Print Pty Ltd (together, the Grantors), granted purchase money security interests (PMSIs) to the plaintiff, HP Financial Services (Australia) Pty Ltd (HPFS). Staff at HPFS subsequently registered security interests on the PPSR against the Grantors’ ABNs rather than the ACNs. Unfortunately for HPFS this was in contravention of s 153 of the PPSA (and the relevant regulations), which specifically requires security interests lodged in relation to a company to be registered against a company’s ACN. The registrations were therefore defective under the PPSA.

When HPFS discovered its registration error, the 15 business day period for registering PMSIs under s 62(3)(b) of the PPSA had lapsed. HPFS sought orders to extend the registration period.

Does the PPSA allow for extension of PPSR registrations?

If a court is satisfied that it is ‘just and equitable to do so’, it may make an order to extend the number of business days required for registration of a PMSI. In deciding the matter, a court must consider the following as set out in s 293(3) of the PPSA:

(a) whether the need to extend the period arises as a result of an accident, inadvertence or some other sufficient cause

The Court found that the incorrect registrations occurred against the Grantor’s ABNs and not the ACNs due to an error within HPFS’s organisation. Relevant staff members did not understand that a registration was deemed invalid if registered against the ABN and not the company’s ACN. The Court accepted that the need to extend the period arose due to inadvertence. At paragraph 12, Justice Kunc stated:

This is certainly not a case where HPFS did not appreciate the importance of having to register its interest or in some other way deliberately disregarded what had to be done to take advantage of the scheme offered by the PPSA. After the error was discovered, compliant registrations (using the ACNs) were made on 4 October 2016 in relation to each Grantor.

(b)  whether extending the period would prejudice the position of any other secured parties or other creditors;

Guidance on this question was provided by the earlier decision of the NSW Supreme Court In the matter of Accolade Wines Australia Limited and other companies [2016] NSWSC 1023. The issue of prejudice under s 293(3) of the PPSA hinges on:

not to the impact on other secured parties or creditors of the delay in registration, but to the impact of making an order extending the period; to evaluate prejudice for that purpose, one compares the position of creditors if an extension is granted, with their position if no extension is granted, and usually there will be a difference because priorities will be disturbed

The Court concluded that extending the period in this case would not prejudice the position of any other secured parties or creditors.

(c)  whether any person has acted, or not acted, in reliance on the period having ended.

Prejudice will be of significance chiefly where it is coupled with reliance (i.e. the type of “reliance” contemplated here is where a third party has taken a security interest over property that includes the PMSI in the belief that there was no perfected PMSI that would trump its interest).

The Court found that where a search of the register would have shown HPFS’s interest in the case of each Grantor, no act or failure to act had occurred in reliance of the period having ended.

Despite HPFS being successful in extending the period for registration of its security interests, the error was easy to avoid and likely caused significant delays and costs. Extra care should be taken to register security interests against grantors in accordance with the PPSA and its regulations at the first instance.