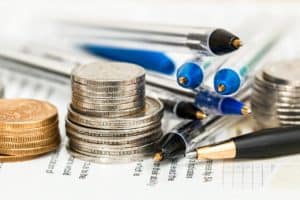 Priority Dispute – whether a mortgagee surrenders its rights when lodging a proof of debt in respect of its entire claim.

In Combis & Ors v The Trust Company Ltd [2011] QSC 388 the court was asked by the liquidator of a borrower to find that a mortgagee who had discharged its mortgage to allow the security property to be sold by a receiver became disentitled to any share of the surplus sale proceeds because the mortgagee lodged a proof of debt for all monies owed to it.

Bankwest appointed a receiver and manager to the owner of the Property. They proposed to sell the Property. However, the receiver and manager were not selling as mortgagee in possession. Therefore they first needed to reach agreement with the second mortgagee. It was necessary that Trust Company release its mortgage at settlement. So that clear title could be provided to the purchaser.

Trust Company indicated its willingness to discharge its second mortgage. But only provided all surplus sale proceeds were held “on trust pending verification of priority claims.”

Trust Company agreed to provide a discharge of its mortgage. This on the basis that it receive an undertaking in relation to the surplus proceeds of sale. The second mortgagee’s discharge stated that the “mortgagee or annuitant discharges the land described from the moneys or annuity secured by the mortgage or charge specified”.

The discharge was registered and the Property was released from Trust Company’s mortgage. This allowed the contract of sale to settle. And for the surplus proceeds to be held in accordance with the agreed undertaking.

The Owner of the Property was subsequently wound up.

The liquidators brought proceedings claiming an entitlement to the surplus monies held on trust in accordance with the undertaking. Their primary argument was that the Trust Company’s guarantee and mortgage were voidable transactions under the Corporations Regulations 2001 (Cth). Regulation 5.6.24(23) states:

“If a secured creditor votes in respect of his or her whole debt or claim, the creditor must be taken to have surrendered his or her security unless the Court on application is satisfied that the omission to value the security has arisen from inadvertence”

The liquidator based this contention on events occurring at an earlier meeting of creditors of the borrower corporation. The Trust Company’s solicitors exercised its voting rights regarding the whole amount claimed in a proof of debt submitted by Trust Company. The liquidator’s solicitors argued that because the Trust Company had voted in respect of its entire debt or claim it should be taken to have surrendered its security in accordance with regulation 5.6.24(23).

Trust Company argued that as it no longer held any security to be surrendered. Its interest in the surplus funds could not be described as “security” capable of being surrendered in the manner anticipated by regulation 5.6.24(23). It was also argued that the circumstances in which Trust Company provided a discharge of its mortgage should be considered. The discharge of mortgage was only provided on the basis of the undertaking given by the receiver and manager.

Justice Applegarth identified the core issue. At the meeting of creditors did Trust Company hold a “security” that was capable of being surrendered?

His Honour held that the discharge was granted by the mortgagee on condition that the receiver and manager provide the required undertaking that any surplus from the sale of the property was to be held on trust. Also once Trust Company discharged its mortgage to allow for the contract of sale to proceed, regulation 5.6.24(23) did not apply.

Accordingly, his Honour found that the liquidators were not entitled to any of the monies held on trust as no security had been surrendered. The surplus proceeds were held on trust pending the resolution of the priority dispute between the two competing mortgagees, BankWest and Trust Company.

The full judgement can be read by following the link below: