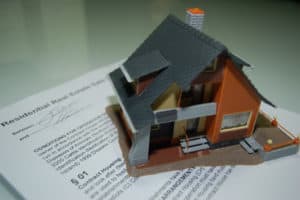 In the decision of Sun North Investments Pty Ltd as trustee v Dale & Anor [2013] QSC 44 the Supreme Court of Queensland provides a useful analysis of a mortgagor’s fundamental right of redemption.

The borrower argued that the option to purchase the shares was void as a ‘clog on the equity of redemption’. Alternatively, the borrower said that the court should refuse to enforce the option because it constituted a penalty giving rise to a windfall gain disproportionate to any likely loss flowing from the late payment of the loan (also, the loan had been repaid in full).

What is a clog on the equity of redemption?

It is a fundamental principle of mortgage law that a mortgagor has a right to discharge the mortgage in payment of the debt or performance of the obligations for which security was given. The right of redemption can also arise under contract provided the mortgagor is not in default.

The Supreme Court found that the call option was void under the principles of equitable redemption discussed above.

The court did not accept that the mortgage and option agreements were independent transactions. Instead the Court assessed both as a matter of substance rather than form. In doing so, the court looked to the underlying nature of the transactions to determine whether they were part of the one transaction.

It was plain from the evidence that the parties had intended for both documents to be executed contemporaneously. Also, the fact that the loan was conditional upon the provision of the option supported the conclusion that the option deed was part of one all-encompassing transaction.

The Supreme Court followed traditional lines of case authority. And so the fundamental rule remains that equity will grant relief so as to allow redemption. This overrides any conduct that has the effect of hampering redemption after the contractual date for redemption has passed.