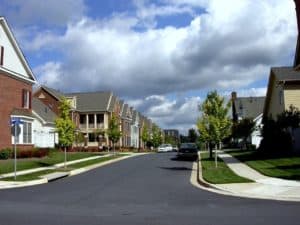 In Bateson v Jones [2013] WASC 8, Justice Pritchard of the Supreme Court of Western Australia was required to determine an application for the extension of a caveat filed by a lender in response to a lapsing notice issued by a prior registered mortgagee. The reasons for the Judge’s dismissal of the application are discussed below.

According to the lender, the borrowers agreed to repay the loan either on or before 31 October 2012, or thereafter upon the sale of a property they owned. The lender claimed that the borrowers consented to a caveat being lodged against the title of their property to better secure the monies loaned, and so lodged a caveat on the title to the property. The lender also said that the borrowers did not repay the loan as required. The lender later received a notice from the Registrar indicating that his caveat would lapse unless he applied to the court for an order extending the operation of the caveat.

Previously the Commonwealth Bank had loaned Mr and Mrs Jones just over $1.012 million, in October 2008. This loan was secured by way of a first registered mortgage. Mr and Mrs Jones defaulted on the loan and voluntarily surrendered vacant possession of the property to the bank to enable the Bank to exercise its rights under the mortgage to sell the property as mortgagee in possession. The property was then marketed for sale.

The Commonwealth Bank, as mortgagee in possession, entered into a contract with purchasers for the sale of the property for $1.2 million. The contract of sale contained a condition noting that the purchasers were aware of caveats on the certificate of title and that these were to be lifted at settlement.

The Bank then wrote to the three caveators on the title, including Mr Bateson, advising them of the sale of the property and requesting that they state the amount secured by their respective caveats. The two other caveators agreed to withdraw their caveats pending the payment of the monies owed to them. However, Mr Bateson did not agree to withdraw his caveat.

The Bank then applied to the Registrar to issue a notice pursuant to s 138B of the Transfer of Land Act 1893 (WA). A notice under this provision requires the caveator to obtain from the Supreme Court an order extending the operation of the caveat. If an extension is not obtained, the caveat will lapse. A caveator who is served with a notice under s138B may apply to the Supreme Court for an order extending the operation of the caveat. Justice Pritchard summarised the Court’s power to extend a caveat in the following terms:

‘The Court’s power to make an order under s 138C(2) of the TLA arises only if the Court is satisfied that the claim by the caveator (that is the interest in land that is claimed in the caveat) has or may have substance, and on that question the caveator bears the onus of demonstrating that there is a serious question to be tried as to whether the interest claimed in the caveat exists. In determining whether to exercise its discretion under s 138C, the Court will also consider where the balance of convenience lies.’

Did the lender have a caveatable interest in the land?

Where there is a loan or guarantee agreement, there is legal authority for the proposition that in the event of a default by the borrower ‘the lender will be entitled to attach the debt due to an asset of the borrower or guarantor, and may register a caveat against any property registered in the name of the borrower or guarantor’. This, together with the lodgement of the caveat itself, will give rise to an interest in the land by way of an equitable charge over the land. This equitable charge grounds the caveatable interest.

Justice Pritchard accordingly found that there was a sufficient basis for Mr Bateson to lodged his caveat over the borrower’s property.

Balance of convenience with respect to the lender’s application

The court may exercise its discretion when deciding whether or not to extend the operation of a caveat.

The lender argued, on balance of convenience grounds, that:

Justice Pritchard identified several countervailing considerations. His Honour noted that while the sale of the property was delayed, the borrower and the other caveators were potentially prejudiced. The interest the borrowers owed to the bank as prior registered mortgagee would continue to increase, which meant that the surplus remaining from the future sale of the property decreased – meaning those claiming an entitlement to the surplus after the bank would be adversely affected.

Counsel for the bank, which opposed the lender’s application to extend the caveat, pointed out that the lender had not provided an undertaking in support of his application for an extension of the caveat. Without an adequate undertaking, the bank argued that the application to extend the caveat should be refused. Justice Pritchard restated the importance of undertakings as follows – “in the context of an application for an interim injunction an undertaking as to damages is often described as the price a plaintiff must pay for the injunction, and as such it is a very important, if not essential, means of preventing injustice before the rights of the parties have been determined”.

However, where the financial position of a plaintiff renders him or her unable to give an undertaking as to damages which has real value, the lack of such an undertaking will not be determinate of the result of an application to extend a caveat (see Iron Resources Pty Ltd v Argyle Iron Ore Pty Ltd [2009] WASC 20).