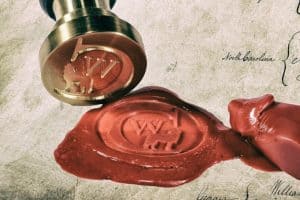 Solicitor’s Certificates – Do these cure undue influence, and does the solicitor advising a guarantor need to be independent from the borrower?

These issues were dealt with by Justice Applegarth in McIvor v Westpac Banking Corporation [2012] QSC 404. It affirms how vital it is for lenders to ensure that all borrowers and guarantors receive independent legal advice in relation to their rights and obligations under loan agreements and mortgages prior to funding. His Honour also confirmed that it is not necessary for the solicitor advising the guarantor to be independent of the borrower.

Mr Mark McIvor, a former solicitor and head of Equititrust Limited, was involved in the business of money lending. He became very successful, and Mrs McIvor (the plaintiff in these proceedings and Mr McIvor’s mother) was “in awe of his achievements”.

At her son’s request, Mrs McIvor signed various guarantees and mortgages in favour of the defendant, Westpac Banking Corporation. These included a guarantee dated 21 October 2002, a guarantee dated 10 December 2003 and a mortgage over her property on the Gold Coast. The 2002 guarantee guaranteed the obligations of MM Holdings and Equititrust Ltd (“Equititrust”) to Westpac with a limit of $5,260,000 plus other specified amounts.

Mr McIvor’s money lending endeavours had a reversal in fortunes.  MM Holdings and Equititrust, of which he was a director and shareholder, defaulted in their obligations to Westpac. Both companies failed to meet demands for payment of $12,666,171.99 in November 2011.

Westpac’s solicitors issued a letter of demand to Mrs McIvor pursuant to the 2003 guarantee.

Mrs McIvor commenced proceedings in February 2012. She sought an injunction restraining Westpac from enforcing its guarantees and mortgage, delivery up and cancellation of the guarantees. And also an order that Westpac provide a release of the mortgage over her Gold Coast property.

She claimed the guarantees and mortgage were obtained “by the undue exercise by Mark McIvor of his influence over her”. She claimed the nature of the relationship with her son meant that he was “able to cause her to execute any document he chose”. She further contended that by October 2002 Westpac had notice that she reposed trust and confidence in her son with respect to commercial matters. And also that she was subject to his influence. Even though Westpac was said to have notice of this influence, Mrs McIvor alleged that the bank:

On these grounds, Mrs McIvor claimed that it would be unconscionable for Westpac to enforce the guarantees and mortgage against her.

Westpac argued that Mrs McIvor failed to establish an entitlement for relief because:

Westpac submitted that Mrs McIvor’s evidence revealed that she freely executed the documents, but showed no particular interest in them. In other words, any failure on her part to read the documents and understand their effect was not the consequence of her will being overborne or of her being taken advantage of unfairly.

Also, Westpac asserted that the solicitors’ certificates provided to it were sufficient evidence that Mrs McIvor had received competent and independent legal advice as to each of the guarantees and the mortgage she signed.

The nature of the relationship between Mrs McIvor and her son

His Honour stated that this issue concerned the “kind of relationship that existed between Mrs McIvor and Mark McIvor at the time of the relevant transactions in 2002 and 2003”. The following factors were identified:

With this in mind, his Honour found it reasonable to presume that the relevant transactions were procured by Mark McIvor through some “unconscientious use of his power” over his mother as dealt with in Garcia v National Australia Bank Ltd.

His Honour turned his attention to the issue of actual undue influence, noting “one of the bases upon which the receipt and retention of the benefit of a guarantee by a financier arising from a customer’s undue influence over a guarantor will be found to be unconscientious is if the financier had actual or constructive notice of the circumstances giving rise to the impropriety”.

Where there are circumstances giving rise to a presumption of undue influence, the provision of independent legal advice to the guarantor may remove any concern relating to possible undue influence.

Justice Applegarth considered the circumstances in which Mrs McIvor signed documents and dealt with solicitors:

With these factors in mind, his Honour found that Mrs McIvor understood the purport and effect of the transactions.

Did the Solicitors’ Certificates displace any notice of possible undue influence?

As per the case of Esanda Finance Corporation Ltd v Tong (1997), “absent circumstances where a party is put on notice that the advice has not been given, has not been given properly or has not been understood, the party seeking to enforce the contract is entitled to rely upon the certificate”. Therefore, Justice Applegarth found Westpac was entitled to assume that the relevant solicitor would act honestly and give proper advice to Mrs McIvor. His Honour reiterated that it is not the law that independent legal advice can only be given by a person with no connection to the borrower (with reference to National Mutual Trustees Ltd v Dedrion Pty Ltd).

On this issue, Justice Applegarth stated:

“This is not a case in which any of the solicitors who gave a certificate were acting for the borrower. Each was in a position to give independent advice. In agreeing to interview and advise Mrs McIvor, each owed legal and professional duties to her. The bank was entitled to assume that each solicitor observed these duties. It was not for the bank to tell the solicitor how to perform his or her duties or, save for exceptional circumstances, to inquire about the independence of the solicitor or the adequacy of the advice that had been given”

“The provision of a solicitor’s certificate does not wholly eliminate the risk of undue influence or misrepresentation. But it does provide a bank with a degree of assurance, depending upon the contents of the certificate, that the party to whom the independent advice has been given understands the purport and effect of the transaction, including its risks, and is in a position to make a free choice about proceeding with the transaction, knowing those risks”

The issue is also addressed in the case of St George Bank Ltd v Dunstan where it was held a solicitor’s certificate will usually put to rest what otherwise would have been a suspicion of undue influence.

Upon detailed consideration of the evidence, his Honour found that having received the solicitor’s certificates in relation to the guarantees and mortgage, Westpac Bank was “no longer on notice of the exercise, or possible exercise, of undue influence”.

Did Garcia v National Australia Bank apply to these circumstances?

Mrs McIvor argued that there was no reason why the principles stated in Yerkey v Jones and confirmed in Garcia should be limited to a wife who guarantees her husband’s liabilities and should extend to her situation.

His Honour dealt with case law supporting a broader interpretation of Garcia. However, his Honour ultimately found it unnecessary to decide whether the principles stated in Garcia applied to a relationship of trust and confidence of the kind that existed between mother and son at the time Mrs McIvor provided the guarantees and the mortgage because, even if those principles did apply, she was not able to show that the transactions were entered into due to any undue influence, or that the bank had either actual or constructive notice of the alleged undue influence.

Mrs McIvor’s action was accordingly dismissed and the bank was entitled to judgement on its counterclaim and to an order for recovery of possession of Mrs McIvor’s property over which the bank had a mortgage as security for monies owed by the borrower as primary debtor.