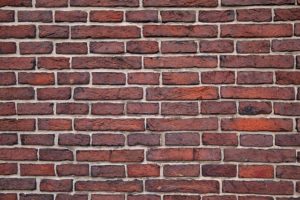 In a discordant judgment, the Supreme Court of Victoria in Six Bruce Pty Ltd v Jadig Finance Pty Ltd [2018] VSC 552 held that, on the morning of a mortgagee-in-possession sale by auction, the auction could not proceed because the borrower had obtained an “unconditional” letter of finance to refinance the mortgagee’s debt.

Six Bruce Pty Ltd (Six Bruce) and its director, Mr Crow, were involved in the business of property development. This included a development of seven apartments at 6 Bruce Street, Toorak in Victoria (Property).  In December 2017, Jadig Finance Pty Ltd (Jadig) refinanced the first mortgage debt over the Property for a principal sum of $4,800,000.  Unfortunately, by August 2018, Six Bruce had defaulted on its payments to Jadig, and Jadig proceeded to take possession and list the Property for auction at 11:00am on Saturday, 8 September 2018.

Notwithstanding that Six Bruce, and indeed Huge Asset’s letter itself, suggested the finance offer was unconditional, the letter further stated that:

The Law on Interlocutory Injunctions

An applicant seeking an interlocutory injunction must satisfy the Court of three matters, being:

In the circumstances, the third of the elements was not pressed by Jadiq.

Firstly, the Court held that there was a serious question to be tried as to whether Jadiq was acting unconscionably in exercising its power of sale.  The Court determined that Six Bruce had an equitable right of redemption (in essence, a right to pay out Jadig’s mortgage), and that by auctioning the Property, Jadiq was denying Six Bruce the opportunity to redeem the mortgage, particularly where Jadig had an unconditional finance approval.

Further, the Court considered that the balance of convenience favoured the granting of the injunction, particularly as Six Bruce had an arguable case for its equitable right of redemption, notwithstanding that Six Bruce had been unable to pay into Court the amount secured by the Jadig’s mortgage, which was historically an important point of law (see Inglis v Commonwealth Trading Bank of Australia (1972) 126 CLR 161; Inglis).

The Rule in Inglis

The decision of the High Court of Australia in Inglis v Commonwealth Trading Bank of Australia is widely regarded throughout Australia and the South Pacific for its commentary on interlocutory injunctions preventing an exercise of a mortgagee’s power of sale.

“nothing short of actual payment is regarded as sufficient to extinguish a mortgage debt.  If the debt has not been actually paid, the Court will not, at any rate as a general rule, interfere to deprive the mortgagee of the benefit of his security, except upon terms that an equivalent safeguard is provided to him, by means of the plaintiff bringing in an amount sufficient to meet what is claimed by the mortgagee to be due.” [emphasis added]

So how do we reconcile the decision in Six Bruce Pty Ltd v Jadig Finance Pty Ltd with the rule in Inglis?  Does it fall within the general rule, or does it create a new exception; a new avenue for mortgagors to prevent mortgagees from enforcing their rights at the eleventh hour?

The general rule in Inglis confirms that a Court should not interfere with the mortgagee’s realisation of its security, except upon actual payment of the debt, or provision of an “equivalent safeguard”.  An “equivalent safeguard” is widely recognised as the payment of the amount due into Court.  Austin J in Harvey v Perpetual Nominees Ltd [2013] VSC 228 (Harvey), in obiter dicta commentary, added a further addendum, noting that “an absolute and unconditional offer to provide immediate refinance” might be sufficient to fall within the general rule.

It is not necessary to determine whether the circumstances set out in Austin J’s obiter comments do in fact fall within general rule or not.  With respect to the Court’s decision in Six Bruce Pty Ltd v Jadig Finance Pty Ltd, it is very difficult to understand how the Court came to determine that the Huge Assets offer was absolute and unconditional, or how it provided for an “immediate refinance” within the scope of Harvey.

As will be apparent from the preceding summary, the Huge Assets offer was certainly, in form, unconditional.  However, where the offer is expressly “subject to” “the usual regulatory processes being completed” and the execution of the loan documentation, the Court’s reasoning for finding that the Huge Assets offer was unconditional in substance becomes a black box.  What are “the usual regulatory processes”?  Why doesn’t the plaintiff bear the burden of proof in establishing with certainty that the “usual regulatory processes” aren’t a condition?  What if the borrower opted not to execute the loan documentation?  In the finance industry, it is a commonplace occurrence that even the best-intentioned borrowers do not always proceed to execute loan documentation.

As the Court in Six Bruce Pty Ltd v Jadig Finance Pty Ltd rightfully pointed out, interlocutory injunctions of the kind sought by Six Bruce have their foundations in preventing unconscionable conduct by a lender.  The question then must be, what is unconscionable about Jadig exercising its power of sale?  Six Bruce had no defence to Jadig’s possession claim.  It did not immediately have the funds required to pay the amount secured by Jadig’s mortgage.  At best, it had a conditional finance approval that was not due to settle for 30 days. On this basis, it is difficult to see how Jadig acted unconscionably, when it merely sought to exercise its proprietary rights against the Property.

The Court’s decision suffers similar difficulty in formulating itself as an exception to the general rule in Inglis.  Is it now the case that any letter of finance expressed to be unconditional in form only is sufficient to grant the debtor relief?  Even that statement flies directly in the face of the Court’s decision in Inglis.

We look forward to future decisions to tell whether the decision in Six Bruce Pty Ltd v Jadig Finance Pty Ltd becomes the new standard for redemption cases, or whether this will fade as an anomalous decision.