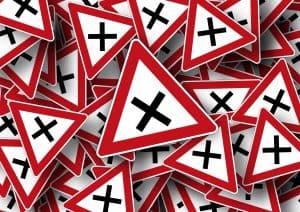 Can a lender enforce its rights with an unregistered mortgage?

Let’s look at a scenario. A lender enters into a loan agreement which confers the right to register a mortgage, but only upon default. The borrower defaults but the mortgage is not registered. May the lender enforce the mortgage before registration?

By contrast, a registered mortgage notes the debt on the title of the property. This usually means to transfer the property all the debt must be paid in full. It gives the lender the legal right to take possession of the property and to sell it if the mortgage goes into default.

The lender, Mr Michael Goldstein, entered into a Deed of Settlement (the Deed) with various parties on 24 November 2015. This included the defendant Shyzi Pty Ltd (Shyzi). Under the Deed Shyzi acknowledged the existence of a debt of $2.1 million to Mr Goldstein.  The debt was required to be repaid by 24 May 2016. However, it remained unpaid during this period. Later some payments were made but $164,000 plus interest was outstanding.

Mr Goldstein claimed he had security for the residual debt. It took the form of a charge and an equitable mortgage over a property owned by Shyzi in Lewisham (the property). He looked to enforce the security against the property. Mr Goldstein also sought declaratory relief as the property stood charged with repayment of the outstanding debt.

However, Shyzi denied Mr Goldstein’s right to enforce any security against the property. It claimed he only had the right to register a mortgage over the property. And that the mortgage was only enforceable once registered.

Provisions in the Deed of Settlement

For an event of default the Deed set out how Mr Goldstein should enforce his security over each borrower. He was to follow an order of priority:

Also in clause 6(a) Essendon, Beelo and Shyzi gave Mr Goldstein an immediate and absolute right to register a mortgage over all their properties should there be an event of default.

However, clause 6(a) states:

“Essendon, Beelo and Shyzi grant to Mr Goldstein in the event of an Event of Default an immediate and absolute right to register a mortgage over any one or more of their respective Properties to secure payment of the Debt…”

“In the event of any Event of Default, following the registration of a Mortgage, that Mortgage will be taken to be in immediate Default where upon Mr Goldstein may exercise the power of sale under that Mortgage…”

Shyzi’s defence hinged on the wording of the above clauses.

Other Proceedings and Repayments

Can a Lender Enforce Its Rights with an Unregistered Mortgage?

The main point of contention between Mr Goldstein and Shyzi was the issue of the unregistered mortgage. Could Mr Goldstein enforce his rights as a secured creditor while the mortgage was unregistered?

Mr Goldstein put forward his rights based on the terms of the Deed and the mortgage. However, Shyzi denied he had these rights until he registered the mortgage. It insisted the mortgage had no legal effect prior to its registration.

Shyzi’s argument focused on the language of clause 6 of the Deed. It used the following phrases to support its case: “to secure payment of the Debt” and “following the registration of a Mortgage”. Shyzi stated that an unregistered mortgage was not an equitable mortgage.

The Findings of the Court

The court found that in an event of default the Deed gave Mr Goldstein an immediate and absolute right to register a mortgage over the property to cover the unpaid debt. Also Mr Goldstein’s rights were not effective only if the mortgage was registered. Rather the terms of the mortgage had “full legal effect” independently of its registration.

In the context of the entire Deed the court found that the phrases in clause 6 did not mean that, until registration, the mortgage could not secure the debt. Rather the words described what the registered mortgage secured.

The court declared that the property was subject to an equitable mortgage in favour of Mr Goldstein, despite being unregistered. In addition, the property stood charged with repayment of the outstanding debt and interest.

Equitable Mortgage: Certificate of Title as Security Without Signing Agreement?