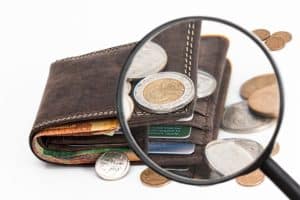 In a recent case the Supreme Court of Victoria considered orders for indemnity costs following a debacle concerning a property settlement.

In August 2013, Lee Nyong Pty Ltd and Pagliaro Superfund Pty Ltd (the Plaintiffs and second mortgagees) registered a mortgage over the property. At some point after the registration of the second mortgage Ms Di Blasi became aware of the withdrawl of the first caveat and lodged a further caveat on 5 September 2013 (the second caveat). On the same day the Registrar lodged on the title a ‘Notice of Action’ due to the allegation of fraudulent activity.

In April 2016, the second mortgagees took possession of the property and placed it on the market. The title had the following encumbrances:

Settlement did not proceed due to the presence of the caveat and perhaps the Notice of Action on the title of the property, and the settlement date was extended.

The second mortgagees were paid out from monies paid into court. The remaining issue was whether Ms Di Blasi or the Registrar were liable for the costs (whether on a standard or indemnity basis) of the second mortgagee’s proceedings to have the second caveat removed.

Who is liable for the costs of the proceedings?

Section 24(1) of the Supreme Court Act 1986 states that the question of costs is to be determined in the Court’s discretion, with the Court having “full power to determine by whom and to what extent the costs are to be paid”. The Court also has the power to award costs on an indemnity basis in exceptional circumstances, such as where a losing party has engaged in unmeritorious or other improper conduct.

The Court made it clear that Ms Di Blasi’s situation was unfortunate. However, the Court found that the charge secured by her second caveat could never trump the rights of the first and second mortgagees (due to principles regarding indefeasibility, priority and bona fide purchasers). It was clear the second mortgagees had a stronger claim than Ms Di Blasi. If the first caveat was removed in fraudulent circumstances, then the appropriate action for Ms Di Blasi was to notify the police and lodge a claim for compensation against the Assurance Fund.

Ms Di Blasi did not consent to remove the caveat until she received orders to do so. This was despite having an indisputably weaker claim over the property. The Court stated:

A responsible and reasonable response to the Plaintiffs’ letter would have been to remove the caveat immediately, provided the balance of any settlement monies were quarantined pending any litigation between the registered proprietors and Ms Di Blasi. But this was not done.

By refusing to withdraw the second caveat, Ms Di Blasi effectively forced the second mortgagees to lodge an application with the Court, despite there being no chance of her successfully advancing her position at a hearing. Justice Forrest ordered Ms Di Blasi to pay costs on an indemnity basis.

Should the Registrar pay any part of the costs?

In determining the order of costs, the Court found Ms Di Blasi’s failure to remove the caveat when asked to do so was the sole cause of the proceedings. Therefore it was inappropriate to make the Registrar pay any part of the costs.