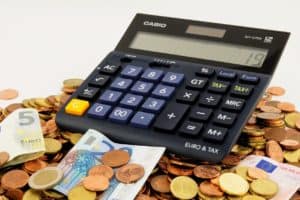 In a recent judgment a plaintiff with an equitable charge gains the upper hand in a priority dispute. However, due to raising avoidable issues, the Court deducts the unnecessary legal fees.

Morris Finance Pty Ltd v Commonwealth Bank of Australia & Ors [2017] VSC 260 (18 May 2017) highlights the need for a clear legal strategy.  Due to not having one the plaintiff had its costs reduced by 25%.

Ms Alameddine was the sole director and company secretary of KE Demo. On 19 April 2013 KE Demo passed a resolution for a voluntary winding up.

Ms Alameddine was also the registered owner of 136 Lisbon Road, Fairfield East, New South Wales (the Property). The Commonwealth Bank of Australia (CBA) had a registered mortgage over the Property. Therefore, in July 2015 CBA sold the Property as mortgagee in possession. After settling its debt and costs CBA paid $367,892.80 into Court (the Fund).

Several parties claimed a right to the Fund. However, the main dispute was between Morris, the plaintiff, and GoGetta. Each said it had a valid and enforceable equitable charge over the Property.

Morris’ claim of an equitable charge

Under the Morris Lease Ms Alameddine entered into a Guarantee and indemnity of KE Demo’s debts. The court confirmed that the terms of the Guarantee created an equitable charge in favour of Morris.

GoGetta, a plant and equipment finance company, entered into a rental agreement with KE Demo on 13 March 2013. Ms Alameddine stood guarantee for all monies owed under the rental agreement.

The court also confirmed the validity of the GoGetta equitable charge.

What is an equitable charge and how to decide priority?

An equitable charge gives the secured party the right to acquire the asset or property when a debtor defaults. However, a charge is only enforced through legal intervention.

In a priority dispute between two equitable interests, it is the first in time that is entitled to priority. Where the equities are equal, the time factor is dominant.

What the Court decided

As Morris’ equitable charge was first in time it had priority over the interest of GoGetta. GoGetta accepted this but challenged the Morris Lease which, in clause 4.3, claimed interest at 40% per annum. Further, GoGetta asserted that the clause gave rise to an unenforceable penalty.

Initially Morris established its claim solely on the terms of the Morris Lease. At first it did not reveal an earlier default judgment given in the Local Court of NSW (the Judgment). The Judgment occurred on 23 August 2013 and ordered Ms Alameddine to pay Morris $78,389.72 including costs.

The Court concluded that about 25% of the legal costs Morris claimed against the Fund in priority to the GoGetta claim were not necessary. Although Morris had the prior equity in the Fund, the Court reduced the settlement accordingly.

Morris gained the upper hand in the priority dispute. However, it wasted both time and money by changing its position midway through the proceedings.

This case highlights the need for a clear legal strategy.