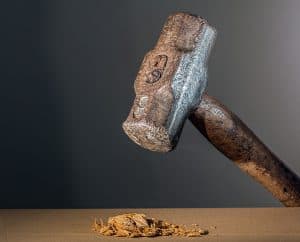 The High Court considered a priority dispute between a liquidator and a secured creditor. In a key decision the liquidator’s claim took priority.

The High Court’s verdict is a good outcome for liquidators. It is however a less welcome result for secured creditors.

The court reached this decision in Stewart v Atco Controls Pty Ltd (In Liquidation) [2014] HCA 15. While not a recent judgment it impacts secured creditors. It is therefore worth taking a closer look.

Atco appointed receivers and managers to Newtronics in January 2002. Thereafter, the receivers sold the business for $13 million. In February Newtronics went into liquidation.

Atco claimed the right to the settlement sum under the terms of its security. However, the court initially rejected Atco’s claim. Although, on appeal the court upheld the secured creditor’s claim. The Liquidator then appealed to the High Court, asserting an equitable lien over the funds in agreement with the Universal Distributing principle.

What is the Universal Distributing principle?

This principle dates back to Universal Distributing Co Ltd (in Liq) (1933) 48 CLR 171. It sets out that a liquidator’s costs and expenses take priority. The liquidator has an equitable lien over the assets recovered. Also, this takes priority to the interests of the secured creditor.

However, Atco argued the principle ought not to apply.

The High Court decision in favour of the Liquidator

The High Court reversed the decision of the Court of Appeal.

To reach its conclusion the High Court looked at the role of the liquidator. It stated:

The High Court concluded that the liquidator acted correctly in bringing the proceedings. Therefore he was entitled to an equitable lien over the settlement sum. This took priority over the secured creditor’s charge.

The High Court’s judgment is of some concern for secured creditors. Usually a secured creditor’s fixed charge has priority over all other claims. However, the secured creditor needs to be aware that a liquidator’s lien can triumph over its security.

Application by Creditor to Remove Liquidators Dismissed by Court

This publication is for your general information and interest only. It is not intended to be comprehensive, and does not constitute and must not be relied on as legal advice. You must seek advice tailored to your specific circumstances.