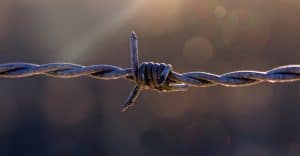 The Supreme Court of NSW focussed on this issue In the matter of Bluenergy Group Limited (subject to a Deed of Company Arrangement) (administrator appointed) [2015] NSWSC 977. The judgment is of significant concern to secured creditors insofar as contingent or future debts, such as accruing interest and enforcement costs, are concerned.

What is a DOCA and how does it effect a secured creditor?

A company under voluntary administration may enter into a DOCA. The DOCA is a binding arrangement between the company and its creditors. It is an alternative to liquidation. It also gives the company the chance for a ‘fresh start’.

The DOCA binds all unsecured creditors. Even those who voted against it. The usual approach taken by secured creditors is not to vote for the proposal and to stand outside the DOCA process in the belief that this means they are not subject to its terms.

However, the ruling of the Supreme Court in Bluenergy made it clear that a DOCA can impact secured creditors even if they elect not to participate in the process or DOCA.

Background to the Bluenergy Case

In 2014 Bluenergy entered into voluntary administration. Then in July 2014 the company’s creditors voted to adopt a DOCA proposal. As a secured creditor, Keybridge did not vote in favour of the deed. Instead it chose to abstain from the vote and DOCA process. It believed it stood outside the DOCA and that there was no way for the DOCA to impact its secured position.

In March 2015 Keybridge appointed an administrator under its security. At this time Bluenergy was still subject to the DOCA.

However,the deed administrators challenged the appointment of the Keybridge administrator. They argued that the DOCA extinguished all of Keybridge’s secured debt. Therefore, they asserted, Keybridge had no right to appoint its own administrator.

Keybridge submitted that the DOCA did not extinguish its secured debt. It argued it had not voted in favour of the DOCA, nor had it participated in the DOCA process.

What did the Court Decide?

In an unexpected decision the court decided:

What does this Mean for the Future of Secured Creditors and DOCAs?

It means significant change and possible exposure, especially for interest and enforcement costs accruing following entry into a DOCA of this nature. No longer can secured creditors take comfort from standing outside the DOCA process. Instead, certain aspects of secured debts are now subject to the same extinguishment principles applied to unsecured creditors.

Going forward secured creditors should carefully consider the implications of a DOCA proposal. Also, it is vital to scrutinise the deed terms to identify whether or not it proposes to extinguish some or all of the debts of the company.

Obtain urgent legal advice if the deed proposes to extinguish the debts of the company as this is likely to extend to all secured debts accruing following approval of such DOCA. Of most concern for secured creditors is the fact that, even if they participate in the DOCA process and vote against any proposal to extinguish the debts of the company, parts of their otherwise secured debt may be extinguished by a simple majority vote of all creditors, including unsecured creditors.