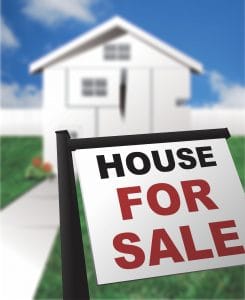 Rule Against Tacking vs Expenditure Incurred in Exercising Power of Sale.

In the matter of Matzner v Clyde Securities Ltd [1975] 2 NSWLR 293 the Supreme Court considered the issue of competing priorities between three successive mortgagees holding registered mortgages over a single property.

The borrower defaulted under the First Lender’s mortgage. Therefore the First Lender began an enforcement action to recover the outstanding debt by exercising its power of sale. Prior to selling the security property the First Lender incurred significant expenses in making improvements to the building complex.

However, the Subsequent Lenders contended that the pre-sale improvement amounts spent by the First Lender constituted further advances. This was over and above the instalment loan amount of $273,600. The Subsequent Lenders argued that the improvement costs (characterised as ‘further advances’) occurred after registration of their mortgages. Therefore they sought the postponement of these amounts. They argued that the First Lender’s mortgage did not secure these amounts ahead of their registered mortgages. Rather they contested that the rule against tacking applied in this case.

The Court needed to consider and decide on the following:

Holland J, confirmed the principle against tacking as follows:

“…that upon receiving actual notice of a second mortgage, a first mortgagee is not entitled to priority for any further advances it may make”

The rule against tacking is applicable to mortgages registered under the Real Property Act 1900 (NSW). This applies even in circumstances where a borrower is contractually obliged to accept further advances made by the lender (West v Williams).

However, his Honour expressed such rule as having no application in cases where the monies expended by the prior mortgagee increases the value of the security property. Such monies could not properly be characterised as further advances.

“The money expended by the first mortgagee in order to complete and subsequently sell the buildings, if regarded as further advances, would be subject to the rule against tacking – because such expenditure was optional”

His Honour concluded that the pre-sales amounts expended by the First Lender were not further advances but rather expenses incurred by a mortgagee in possession to perfect its security. And as a result there could be no postponement due to the rule against tacking.

Ultimately, the equitable principles regarding expenditure or improvements allowed the First Lender to enjoy priority for all amounts claimed under its prior mortgage over the claims of the second and third mortgagees.

This publication is for your general information and interest only. It is not intended to be comprehensive, and does not constitute and must not be relied on as legal advice. You must seek specific advice tailored to your circumstances.