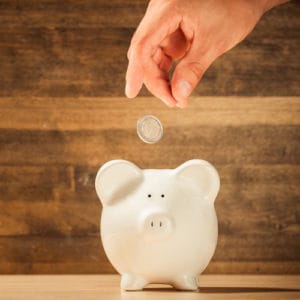 In Geitonia Pty Ltd t/as Trustee for the Annandale Unit Trust v Westpac Banking Corporation [2015] NSWSC 419 the court was required to decide whether the 1st mortgagee was required to transfer its mortgage to the borrower or to the 2nd mortgagee.

Westpac and Huizhong held first and second ranking mortgages respectively over property registered in the name of Geitonia (“Borrower”). All three parties entered into a subordination and priority deed. This prevented Huizhong, as 2nd mortgagee, from taking any enforcement action without Westpac’s prior written consent. The Huizhong loan matured at which time the Borrower was required to pay Huizhong the sum of $5.4 million.

Westpac also declared events of default under its 1st registered mortgage. And thereafter the Bank demanded payment of all amounts due under its facility. The Borrower responded by claiming to exercise its rights under s 94(1) of the Conveyancing Act 1919 (“Act”). It required Westpac to transfer its mortgage first to the Borrower. And then to transfer it to a company known as Yellow Express Messengers Pty Ltd.

The 2nd mortgagee also gave Westpac notice under sections 94 and 95 of the Act. It required a transfer of Westpac’s mortgage to itself.

Justice Ball’s judgment turned on the interpretation of the following sections of the Act:

As mentioned earlier, the Borrower wished to have the Westpac mortgage transferred to itself. And thereafter to a nominated company. This brought into question the application of s 94(1), specifically the expression ‘any third person’.

It was held that ‘any person independent of the mortgagor’ was the meaning most consistent with the purpose of the provision. S 94 was part of broader reforms intended to improve the position of mortgagors. However, the reforms weren’t intended to provide a mechanism by which mortgagors could interfere with the rights of subsequent mortgagees. This would have been the effect if the Borrower could itself obtain an assignment of the first mortgage, which is what it proposed to do.

‘It makes no commercial sense, and it is inconsistent with the policy behind s 94, if the borrower has to enter into a new agreement and a fresh mortgage with [an existing lender] but could require the transfer of an existing mortgage to an entirely new lender’.

The Court concluded there was nothing to prevent Huizhong, as 2nd mortgagee, from requiring Westpac to transfer the Westpac’s mortgage to itself. This right in favour of the 2nd mortgagee took priority over any right the Borrower had.