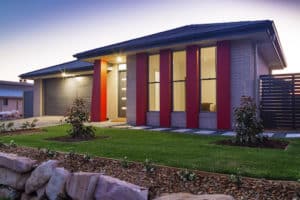 Does an application under s 99(2) Property Law Act 1974 create an equitable interest in the land?

On 30 July 2015, Asset Core Pty Ltd (Asset Core), a related entity of Core, entered into a contract of sale with Jarrett. Settlement was set to occur on 31 August 2015. And a transfer document necessary to effect settlement of the contract was executed. However, Jarrett failed to settle on the settlement date.

Core sought a Court directed sale of the property on the same terms as the contract of sale pursuant to s 99(2) of the Property Law Act 1974 (Qld), which provides:

(a) any other person dissents; or

(b) the mortgagee or any person so interested does not appear in the action;

and without allowing any time for redemption or for payment of any mortgaged money, may direct a sale of the mortgaged property, on such terms, subject to subsection (3), as it thinks fit, including the deposit in court of a reasonable sum fixed by the court to meet the expenses of sale and to secure performance of the terms.

A plaintiff needs to demonstrate that there will be a sufficiently plausible ground for the granting of final relief. However, if it fails to do so then it is likely there is no basis for interlocutory relief. Unable to challenge the enforceability of the first mortgage, Core failed to identify the existence of any cause of action against Permanent Mortgages.

However, Justice Flanagan rejected this argument.  The Court may have the power to grant an interlocutory injunction if it considers it “just or convenient”. But this does not create a “free-standing” right to injunctive relief. Maintaining the status quo through an injunction would restrain Permanent Mortgages from doing something which Core had no right to prevent.

The Court’s power to direct a sale pursuant to s 99(2) is discretionary. At paragraph [25], Justice Flanagan stated:

The mere fact that a statute gives a wide discretion to the Court to order a sale which may directly affect a first mortgagee’s rights and interest does not create an equity in the party requesting the sale which would support an interlocutory injunction.

The proper reading of the judicial power to order a sale is that it only gives an interested party the right to request an exercise of discretion by the Court to direct a sale of the mortgaged property on such terms as the Court thinks fit. It did not create any rights in favour of Core against Permanent Mortgages.

Without any challenge to the enforceability or validity of the first mortgage held by Permanent Mortgages, the mere fact that Core had requested the Court to direct a sale of the property did not create any equity capable of being protected by the granting of an injunction.

Therefore the application for an injunction was refused.

Even if the analysis of s 99(2) was wrong, his Honour would have rejected the application based on balance of convenience considerations. Core sought to protect the position of Asset Core as purchasers. Further Core wanted to ensure it received the amount owed under the relevant loan agreement supported by its second mortgage. However, if Permanent Mortgages exercised its powers under its first mortgage this would reduce the amount Core could recover. But this was merely a consequence of the priority position of Core as second mortgagee.