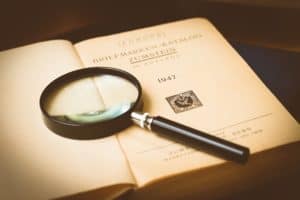 Whether or not the elusive “duty to act in good faith” actually exists in commercial contracts is a matter of considerable debate.  The courts appear so uncertain in fact, that they explicitly accept the ambiguity and proceed “just in case” on the basis that such a duty does exist.

This occurred in Kosho Pty Ltd & Anor v Trilogy Funds Management Limited [2013] QSC 135. The Queensland Supreme Court acknowledged that there was little guidance around the existence and nature of a duty to act in good faith. And yet the Court proceeded on the assumption that such a duty existed regardless.

While the facts in Kosho are extensive, it is only relevant to highlight the following points.  Kosho Pty Ltd (Kosho) bought a large block of land at Nerang to develop the “Abadi Residential Village”.

A number of special conditions needed to be satisfied before advancing the additional construction costs of the 2009 Facility.  Most relevant was Special Condition (s), which read as follows:

This offer of finance is conditional on, and subject to:

What is Good Faith?

Though never authoritatively ruled on by the High Court, many state courts have found that commercial contracts may generally include an implied duty of good faith.

The content of the duty to act in good faith varies widely. It can range from an obligation not to impede performance of the agreement to a duty to co-operate. Applegarth J in Kosho expressed the view that a party acting in the honest pursuit of a legitimate interest would not be breaching the duty of good faith.

This view stems from the widely accepted interpretation of the duty of good faith, which promotes three elements:

Co-operation in achieving contractual objectives does not mean doing something not otherwise required under the contract.

Let’s look at an example. A lender enters into an agreement to provide funds for security subject to a number of special conditions. This was the case in Kosho.

The duty of good faith does not oblige a lender to advance funds regardless of the circumstances. Rather under the contract the lender is only required to advance funds when the special conditions are satisfied.

Compliance with honest standards of conduct

While co-operation in achieving contractual objectives might be broadly understood, honesty as a standard of good faith is more restrictive.

To establish a breach of good faith, a party need only demonstrate that the lender acted for a reason that was “extraneous, dishonest, capricious or arbitrary”.  However, this obligation to act with honest standards of conduct doesn’t equate to a duty to act reasonably.

As the court held in Kosho, while Trilogy’s delay in deciding approval with Special Condition (s) was unreasonable, it was not fickle. Therefore it did not breach any duty of good faith.

In Kosho, the court held that Trilogy had regard to Kosho’s legitimate interest in obtaining funding. But it equally had regard to its own real interest in negotiating a suitable deed.  Trilogy took an unreasonable amount of time to negotiate the deed. However, this was not a breach of the duty of good faith. Why?  It was reasonable for Trilogy to prioritise its need for a satisfactory deed over the interest of the borrower in obtaining funding.

Conclusions on the Duty of Good Faith

Importantly for lenders, the Kosho decision doesn’t extend the requirements of a lender beyond the contractual terms. Nor does it require a lender to act in the interests of the borrower because of the duty of good faith.

However, lenders should be aware that the duty of good faith may impact their business models, depending on the future application of the honest standards of conduct test.

You can find the Kosho decision here, with the relevant paragraphs on the duty of good faith from [125] and following.