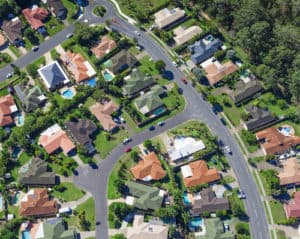 What does a mortgagee of property in Queensland need to do to ensure persons in occupation of the property other than the mortgagor comply with orders for possession?

In Bank of Queensland Limited v Bottomley [2015] QSC 329 the Supreme Court of Queensland considered the requirements surrounding enforcement warrants where a mortgaged property is occupied by tenants.

This question was before the court in the matter of Bank of Queensland Limited v Bottomley [2015]. The bank obtained a default judgment against the defendant mortgagor. This included an order that the bank recover possession of the mortgaged land.

The mortgagor defendant had leased out the premises to a number of tenants. On 16 April 2015, the bank sent a letter to the occupants of the property. It stated that the defendant had defaulted under its mortgage with the bank. And therefore the bank was exercising its power of sale. It enclosed a Notice to Vacate in the form required under the Residential Tenancies and Rooming Accommodation Act 2008 (Qld).

The bank’s solicitors became aware that the property in fact comprised three separate units. Two units were occupied by Ms Crump and the third by another individual. On 14 July 2015, a process server for the bank placed a letter explaining that it wished to exercise its power of sale and a Notice to Vacate under the front door of the premises occupied by Ms Crump. The Notice required Ms Crump and any other occupant of the two units to vacate by 16 September 2015. The process server affixed to the front door of the third unit an envelope containing similar documents.

The occupant of the third unit vacated the premises on 9 October 2015.

On 23 July 2015, Ms Crump wrote a letter to the bank’s solicitors stating that she had received the letter and Notice to Vacate served on 14 July 2015. She asked for a 60-day extension for vacating the premises due to certain medical circumstances.

As Ms Crump was still in occupation of the land, the bank needed leave from the court to obtain an enforcement warrant for possession. Ms Crump was a person against whom an order for the possession of the land was to be enforced. Therefore the bank was required to serve her with a copy of the order at least seven days before the warrant was issued. The bank did not comply with this condition. However, the Court has the discretion to override this requirement.

In this case, Justice Lyons found that Ms Crump had significant notice of the bank’s intention to exercise its power of sale. Also, the extension period she nominated had expired. It was therefore appropriate to make an order for the possession of the land in favour of the bank.

The court granted leave to the bank for the issue of an enforcement warrant against Ms Crump.

The full decision may be read by following this link.