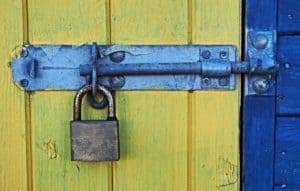 In ordinary mortgagee possession cases the problem of mortgagors re-entering the property and being a hindrance, is on the rise. What is the way forward?

A recent Supreme Court of Victoria ruling considers how to restrain a mortgagor from another re-entry of property under possession of the mortgagee. Does the Court have power to issue a restraining order?

ANZ v Elias [2017] also analyses the Court’s power to file a fresh warrant after the execution of the first warrant of possession occurs but mortgagor re-enters in defiance of judgment.

In October 2014 Elias (the Mortgagor) entered a loan agreement with ANZ (the Mortgagee). The security for the loan was a registered mortgage over 64 Railway Parade in Dandenong. In May 2016 default on the loan occurred.

Despite demands from the bank, the mortgagor did not remedy the default. Thereafter a writ was filed and in August 2016 the mortgagee obtained judgment for possession of the mortgaged property.

In April 2017 the Court issued a warrant of possession. And 3 months later the Sheriff executed the warrant. This involved changing the locks and securing the windows, gates and garage door.

However, shortly after the bank took possession it came to the mortgagee’s attention that the mortgagor and her husband had re-entered the property and fitted new chains and padlocks. This resulted in the bank’s contractor being unable to gain access to the property.

Therefore the bank set 19th September 2017 as the deadline for the mortgagor to leave the property and surrender the keys. Failing this, the mortgagee would apply for another warrant of possession and restraining orders.

The mortgagor did not meet the deadline.

Can the court issue a restraining to prevent a second re-entry?

The mortgagee sought to restrain the mortgagor from re-entering the property after the enforcement of the second warrant of possession. The Court needed to consider the legal basis of issuing a restraining order against the mortgagor and her husband.

In making a decision, the Court referred to the Supreme Court (General Civic Procedure) Rules 2015.

Rule 66.15 states “The Court may make such order as it thinks fit in aid of the enforcement of a warrant of execution”.

In conclusion, the Court decided the restraining order would operate as a deterrent.

With mortgage possession cases increasingly hindered by mortgagors, it is hoped this ruling will promote respect for the Court’s possession judgments.