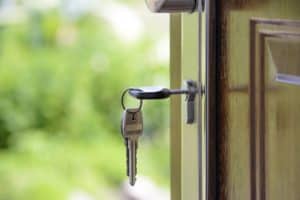 What happens when a mortgagor unlawfully re-takes possession of a security property?

In J P Morgan Trust Australia Limited v Anthony Robert Bridge [2013] NSWSC 668, the Court was required to consider the rights and standing of a mortgagor who re-enters possession of a property after execution of a writ by the sheriff.

J P Morgan lent Mr Bridge and his partner the sum of $225,150 pursuant to an agreement made in February 2007. A mortgage over their property secured the loan. There was no dispute that the borrowers defaulted under the agreement by failing to make payments when due. The lender commenced proceedings by statement of claim filed on 13 September 2012. Mr Bridge filed no defence to the statement of claim. The lender obtained judgment by default for possession of the security property and a money judgment for $335,363.69. The Court issued a writ of possession. And on 30 April 2013 the sheriff executed the writ and the lender took possession of the security property. After the execution of the writ, Mr Bridge re-entered the property and remained in possession.

Based upon the facts and in light of authority dealing with writs of restitution, the lender argued that Mr Bridge did not have a case. In reliance upon the Supreme Court’s decision in Perpetual Limited v Kelso [2008], the lender contended that the execution of a writ of possession meant that it was too late for Mr Bridge to revisit the issues or to seek to set aside the judgment giving rise to the writ. Any attempt to oppose a writ of restitution would be ‘hopeless’ as it was necessarily based upon the same judgment.

The associated concepts of certainty and finality of judgments and orders of the courts underpinned the Court’s judgment. Whilst the court has an inherent power to stay the execution of a judgment, even once a writ for enforcement of the judgment has been issued, Justice Harrison held:

“Once the writ has been executed…and practical effect has been given to the order of the Court, the force of the writ has been spent and the rights of the parties correspondingly subsist only in their respective legal and physical positions as the party in possession of the property on the one hand and the party who has been legally ejected on the other, together with all of, but only, the usual rights and obligations that come with those positions”

Accordingly, once the sheriff executed the writ of possession, Mr Bridge became a ‘legal stranger’ to the land. Once he re-entered the property he became in status nothing more that a trespasser. He had no right to retake possession of the property, or any standing to make the arguments he did.  Therefore, Mr Bridge’s only remaining rights were that the lender conduct the sale of the property in a proper manner. And to account to him in accordance with its obligations as a mortgagee exercising its power of sale.

The Court granted the lender the relief it sought, being leave to apply for the issue of a writ of restitution.

Execution of a Writ of Possession Stayed by Supreme Court