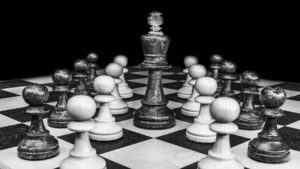 Equitable charges came under the spotlight in a recent NSW Supreme Court ruling. In Morris Finance Ltd v Free [2017] NSWSC the Court analysed the wording of a lease agreement. Did it contain language necessary to create an equitable charge?

The Lender looked to enforce the charge by seeking orders for judicial sale of property and ancillary orders for possession.

However, in July 2012 the Borrower stopped paying the instalments. After the sale of the equipment the Borrower owed the Lender more than $40,000, excluding legal costs and interest.

An equitable charge dispute resulted, involving a property in Coopernook, NSW (the Coopernook Property). Mr and Mrs Brown owned an equal share in this property.

While it was clear that the Lender had an equitable charge over Mrs Brown’s half of the Property, the issue under dispute was whether the charge extended to Mr Brown’s half-share.

An equitable charge is a security whereby the owner of the property only confers on the security holder the right to payment of the debt. It, however, does not involve transfer of title or possession.

Equitable charges focus on intention. The language of a document is crucial in determining the intent of an agreement.

The language of the Lease Agreement scrutinised

To determine the existence of an equitable charge, the Lease Agreement came under scrutiny. Of particular interest was the ambiguity of several phrases in cll 17 & 18.

Morris Finance submitted that the context of the broader Lease Agreement clarified the ambiguity of the wording in the disputed clauses.

By contrast, the Defendant argued that the language was so vague that it rendered the charge unenforceable.

The Court concluded that the intention of the Lease Agreement, as a whole, was to confer a charge against the property held by the Borrower at the time of the contract with the Lender.

Therefore the Court granted the Lender the right to the judicial sale of the Coopernook Property. To prevent further delays resulting in accruing interest, the Court also granted an ancillary order for possession of the property.

If the mortgage or loan agreement you are using to secure your loans is not properly drafted, your funds may be exposed. At Elliott May Lawyers we specialise in mortgage lending and litigation and our composite mortgage document and advance protocols maximise your prospects of prevailing should borrowers or guarantors attempt to avoid their repayment obligations.