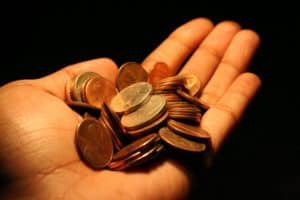 The borrowers under the relevant loan agreement with Secure Loan Solutions Pty Ltd (“SLS”) were Independent Civil Contractors Pty Ltd (“ICC”) and Independent Plant Hire Pty Ltd (“IPH”). Mr Smith was the sole director of ICC and wife, Vanessa, was the sole director of IPH. In November 2013 four agreements were executed whereby SLS loaned $300,000 to ICC and IPH. Mr Smith provided a personal guarantee and secured his obligations by way of a mortgage over his property in Hallam, Victoria (“the property”). Further, ICC and IPH gave a general charge over their assets. This included a specific charge over 12 items of earth moving equipment, valued for sale at $500,000.

Following default, SLS appointed receivers to ICC and IPH. In late 2015, NAB (the first mortgagee) sold the property as mortgagee in possession. NAB paid approximately $40,000 into Court (“surplus funds”), which represented the surplus from a mortgagee sale of the property.

Both SLS and Mr Smith claimed an entitlement to the surplus funds.

SLS argued that the loan remained outstanding and that it was entitled to the surplus funds on that basis. Mr Smith contended that the debt had been discharged because Secure Loan Solutions had taken possession of the equipment under the specific charge and had sold these items to discharge the debt. Associate Judge Ierodiaconou held that Mr Smith was entitled to the money as SLS had not proved the debt.

On appeal, Justice Bell held that SLS had proved the loan, a ‘shortfall’ of $121,500 in repayment of the principal, and the guarantee, and as such was entitled to be paid the surplus funds unless Mr Smith could establish that the shortfall of the principal debt had been repaid in full. However, his Honour inferred from the evidence that SLS had sold the equipment and that the debt had therefore been satisfied. Of great importance to the factual enquiry was the evidence was totally by affidavit. Also there was no cross-examination of any deponent. As a result, this left the court to make a lot of inferences as to what actually transpired.

The issue was whether Justice Bell was correct in concluding that Mr Smith had established the loan had been repaid through SLS taking possession of and selling items of earth moving equipment. SLS sought to overturn the finding that it had taken or received possession of the equipment, valued at $500,000, which his Honour inferred had been sold. Both SLS and Mr Smith focussed on the affidavit material. One was from Mr Smith and the other from Mr Graer, the director of SLS.

The following allegations were made in the Smith affidavit:

In his affidavit, Mr Graer deposed that the allegations concerning theft were “untrue, baseless and misconceived”. Notably, Mr Graer did not deny that he had the relevant equipment in his possession. The core basis of SLS’ application for leave to appeal the decision was the contention that SLS had denied Mr Smith’s evidence that the 12 items of plant and equipment were in the possession of Mr Graer, and that the judge erred in finding to the contrary.

However, the Court of Appeal rejected SLS’ arguments, finding that the judge was right to find that no denial had been made by SLS:

“[Mr Graer] denied only that he was involved in the theft of the miscellaneous plant and equipment which was not the subject of the specific charge.”

As mentioned above, the parties did not cross-examine, and “the judge was justified in taking the course he did, and resolving the conflicts in the evidentiary chaos created by the parties as best he could”. Also, SLS’ failure to call evidence from the receivers was significant. The receivers would have been in a position to give an independent account of what had happened to the secured assets. In the circumstances the judge was left to draw inferences from the incomplete documentary record.

In conclusion, the application for leave to appeal was refused.