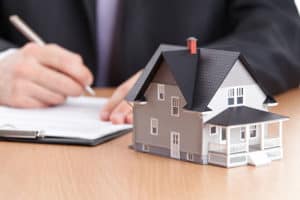 Charging clauses in loan agreements and guarantees entitling a lender to call for a mortgage on terms and conditions yet to be determined are not void for uncertainty.

Therefore, GEC sought relief in the nature of specific performance to compel Future Network to execute mortgages over land owned by the company. GEC also sought to recover money owed by Big Twin and Big Twin Albury under the bailment agreements. Lastly, GEC sought to recover the outstanding debt from each of the guarantors. This money included a substantial amount for legal costs.

Clause void due to uncertainty?

The defendants did not dispute that defaults had occurred under the bailment agreements. However, they argued that a clause of the guarantee was void due to uncertainty. The relevant provision of the guarantee read as follows:

(a) shall pay to GE all amounts which are actually or contingently owing to GE now or in the future, by any person specified in the Particulars as guarantor; and

(b) shall grant to GE a legal mortgage in registrable form (containing such terms and conditions as GE may require) of any land held by the guarantor now or in the future, which mortgage must contain a covenant to the effect of clause 7.1(a) and which secures the amounts referred to in clause 7.1(a);

(d) agrees that upon default by the guarantor, the amounts referred to in clause 7.1(a) will at GE’s option become immediately due and payable.

The argument of uncertainty turned on the words contained in clause 7.1(b), namely “containing such terms and conditions as GE may require”.

The Issue of Uncertainty

The Judge concluded that even though a considerable discretion was conferred upon GEC with respect to the words contained in clause 7.1(b) (“containing such terms and conditions as GE may require”), this did not mean that the agreement was void for uncertainty. His Honour construed the words as permitting GEC to insert terms and conditions into the mortgage which were not inconsistent with, and not an enlargement of, the agreed security, being a mortgage over land to secure the amounts referred to in clause 7.1(a).

His Honour held that there is no reason in principle for finding that there cannot be a binding contract simply because some matter is left to be determined by one of the contracting parties. The qualification in the case of Powell & Berry v Jones that an agreement must not allow one party the discretion to decide “not only the mode of performance but whether there shall be any performance at all” did not operate in this case as the guarantee clearly did not leave it for GEC to unilaterally determine whether or not it was required to perform the obligations imposed on it.

The Judge acknowledged that the legal costs claimed by GEC were substantial. However, it was found that much legal work had been undertaken by GEC’s solicitors to recover the outstanding amounts. There was a clause in the bailment agreement which provided that the bailees agreed to pay all expenses of GEC “relating to the recovery or attempted recovery of the Equipment… by repossession or otherwise or any action at law or otherwise for recovery of any amounts owing hereunder including all expenses…”. In the Judge’s view, the legal expenses claimed fell within this broad provision.