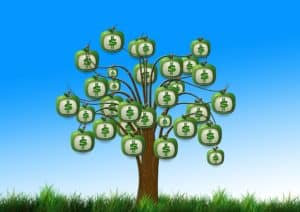 When assessing a borrower’s ability to service the loan, how much is enough?

Mortgagees are generally required to take steps to ensure a borrower is able to service the loan. Whether by investigating an exit strategy or seeking assurances through a declaration. However, the steps required need to be determined on a case-by-case basis as potential red flags can put a mortgagee on notice that further inquiries need to be made.

By way of illustration, in 2013 the New South Wales Court of Appeal handed down the decision of Provident Capital v Papa [2013] NSWCA 36. This declared that a mortgagee could rely on the documented assurances of a borrower alleging their ability to repay the debt.

However, a year later in First Mortgage Managed Investments Pty Ltd v Pittman [2014] NSWCA 361 the same court held that the mortgagee had a duty to investigate a borrower’s ability to service the loan. This despite receiving both verbal and written pledges regarding their ability.

Both cases help explain the necessary steps mortgagees are expected to take. And the factors that should prompt further inquiries.

In Papa (read our full summary of the Papa decision), Provident Capital advanced a $700,000 loan to Mrs Papa secured over her home.  Some of the loan funds were to be used to support her son’s struggling gym. And as such, Mrs Papa signed a “Borrower’s Declaration to Purpose” declaring the loan was for business purposes. She also executed a Self-Certified Income Declaration confirming her ability to repay the debt “without hardship”.  Her son failed to make the promised repayments and Provident Capital commenced recovery proceedings against Mrs Papa.

The later case of Pittman involved the respondents, Mr Pittman and Mr Webster. They guaranteed and secured a number of high value loans over their only significant assets – their three properties.  Ms Locke, a friend of the respondents, received the loan amounts. Ms Locke had interests in a number of property developments.

Subsequent to these loans, Ms Locke organised a loan with First Mortgage Managed Investments (‘FMI’) secured over the respondents’ properties. In this instance the respondents themselves appeared as the borrowers.  The respondents signed a declaration stating the loan was for business purposes.

The respondents also provided FMI with a Statement of Personal Particulars. Ms Locke completed this and falsely advised that the respondents’ combined annual income was about $470,000.  FMI also received an Asset and Liability Statement which did not support the reported income.  Additionally, Mr Webster and Mr Pittman both told FMI in a telephone conversation that they would receive a financial benefit from the proposed development Ms Locke was undertaking.  The respondents defaulted on the loan and FMI began recovery proceedings.

The borrowers contested both loans. They claimed that the mortgages were “unfair” under the Contracts Review Act 1980 (NSW).

What Steps are Necessary?

In Papa, the court held that the mortgagee had met its commitment to ensure Mrs Papa could service the loan.  Notably, Provident Capital’s only evidence of Mrs Papa’s ability to service the debt was the signed Self-Certified Income Declaration.  The court found that “no inquiries were made of Mrs Papa, or anyone else, to verify her income or capacity to meet her loan obligations”.  Provident Capital also required, and Mrs Papa provided, a declaration stating that she had received independent legal advice on the loan and security documentation.  These factors combined allowed Provident Capital not only to rely on Mrs Papa’s assurances that she could repay the debt, but to rely on her declaration that she received effective independent legal advice on the loan documentation.  As the court stated, “that the legal advice was inadequate was not Provident’s fault.”

In Pittman, as in Papa, FMI also required a statement, which the respondents provided, that Mr Webster and Mr Pittman had obtained independent legal advice on the loan documentation (though the advice obtained was neither adequate nor independent).  The borrowers provided FMI with their apparent annual income. And a pledge they would receive a financial benefit from the proposed development. Therefore, it appeared that FMI had done everything necessary to ensure the borrowers could service the loan.

What Puts a Mortgagee on Notice?

What are the red flags that should prompt a mortgagee to make further enquiries?  In Pittman, two major factors stand out regarding the borrowers’ ability to service the loan.

Firstly, the court held that FMI ought to have known that the legal advice provided to Mr Webster and Mr Pittman was not independent.  FMI knew, having had prior dealings with Ms Locke, that she had previously retained the firm to which she subsequently referred Mr Webster and Mr Pittman.  Regardless of whether FMI was aware of Ms Locke’s presence in meetings between the respondents and the firm, they should at least have been aware of the potential for a conflict of interest. And this would have put them on notice that the respondents were not receiving adequate legal advice.

Not able to service the loan

Secondly, the court held that FMI ought to have known that the respondents would be unable to repay the debt, except through the sale of the security property.  FMI relied on a brief conversation with both Mr Webster and Mr Pittman, in which the respondents stated they were receiving a financial benefit from Ms Locke’s proposed development.  However, FMI did not seek any evidence of the respondents’ legal interest in the development.  FMI also relied upon the respondents’ falsely reported income provided by Ms Locke. However, the Asset and Liability Statement alone should have revealed the impossibility of the respondents earning $470,000 per year.  Accordingly, the court determined that it was inappropriate for FMI to rely upon both of these statements. Further, it would have been aware of these issues had it conducted even the simplest due diligence inquiries.

There were a number of other minor factors to which the court pointed. These suggested inappropriate and unfair action by FMI. These factors included FMI failing to question why Ms Locke received the excess funds not used to pay off the existing mortgages over the security properties. Particularly as she wasn’t a party to the agreement. And why did FMI not investigate the borrowers’ evidently limited commercial experience further?

Mortgagees should obtain well-drafted declarations from the borrower. In this way a mortgagee can ensure that a loan contract is fair in terms of its serviceability.  However, mortgagees should always be wary of potential red flags that may arise during the transaction.

Potential red flags may include:

As can be observed from the above cases, the line between a fair and unfair transaction can be a fine one.

Private Lenders: What is the Future of Small Business Loans?