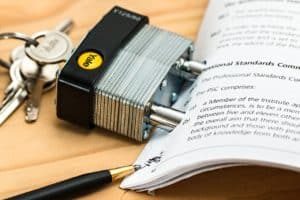 Public policy does not necessarily require that asset lending be prohibited, or even deterred.

In Provident Capital Ltd v Papa [2013] NSWCA 36 the New South Wales Court of Appeal found that a loan was not unconscionable simply because it was “asset lending”.

The borrower mortgaged to the bank (Provident Capital Ltd) her premises as security for a loan of $700,000. A further $125,000 was advanced a year later. The mortgage secured an advance by the bank of $700,000. This was obtained primarily to assist her son in relation to equipment and working capital for a gymnasium business. The lender had required the borrower to obtain legal advice prior to proceeding with the loan.

The borrower defaulted on the loan. So the lender commenced proceedings for possession of the security property. The borrower claimed the loan was unjust under the Contracts Review Act. She also filed a cross-claim against her solicitor arguing that there had been professional negligence.

In the Supreme Court of New South Wales, Fullerton J found in favour of the borrower. The Court reduced her liability under the loan by $500,000.  The contract was held to be unjust in accordance with the Contracts Review Act. Her Honour found:

To determine whether an agency relationship exists the court considers whether one party acted on the other party’s behalf. Reference: Tonto Home Loans Australia Pty Ltd v Tavares [2011] NSWCA 389. Macfarlan JA disagreed with the trial judge’s findings that an agency relationship existed between the lender and the introducer. However, if by interposing mortgage originators a lender has established a business structure that distances the lender from communications with a prospective borrower who is misled or taken advantage of, it may be relevant for the purpose of considering unjustness under the Contracts Review Act to have regard to a mortgage originator’s knowledge which it has not passed on to the lender.

Pivotal to the trial judge’s reasoning were the following findings:

The trial judge’s conclusions necessitated an analysis of the asset based lending issue. Macfarlan JA stated:

“It is apparent from [the] authorities that it can be relevant in the determination of whether a contract is unjust, and whether relief should be granted against a financier, under the Contracts Review Act that the financier has shown no interest in the borrower’s ability to service the loan. However the significance of that fact must be assessed in the context of all the circumstances surrounding the loan.

In my opinion, of particular significance will be the financier’s knowledge of the borrower’s circumstances, the purpose of the loan and whether the borrower has obtained independent legal advice. Public interest does not necessarily require so-called asset lending to be proscribed, or even deterred. It may advance the interests of the parties to many transactions, and facilitate commerce generally, for financiers to be able to lend on a “low doc” basis without requiring the expenditure of time and effort in ascertaining and verifying the ability of borrowers to service loans.”

Therefore, if a financier is satisfied that a borrower is able to make the decision for him or herself or has received appropriate advice, the public interest reflected in the Contracts Review Act will ordinarily have been satisfied.

Macfarlan JA accepted that the lender had made ‘low-doc’ loans to the borrower. However, Provident was not completely unconcerned about her ability to service the loans, as evidenced by her declaration that she could do so. The documentation also stipulated that the borrower must obtain independent legal advice and provide confirmation that she had done so. This documentation was completed. The fact that the legal advice was manifestly inadequate was not the fault of the bank. Macfarlan JA found that the bank was entitled to assume that the borrower had obtained legal advice of the type that a reasonably prudent solicitor would have provided.

Macfarlan JA concluded: “As Provident was not aware of any disability under which Mrs Papa laboured (and there was in fact none), Provident could not reasonably have been expected to do more. Its conduct was not therefore such as to make the loan contracts unjust”

Solicitors are not ordinarily required to provide advice on the wisdom of transaction in relation to which they act (Polkinghorne v Holland [1934] HCA 28).

“A solicitor’s obligation is not simply to explain the legal effect of documents but to advise his or her client of the obvious practical implications of the client’s entry into a transaction the subject of advice. The prospect of the subject transaction wreaking havoc on Mrs Papa’s life was glaring, given the by no means remote prospect that the business would be unable to support the loan repayments”.

The Court of Appeal found that the solicitor had breached his professional duties. If he provided adequate advice, Mrs Papa would have not proceeded with the loan.

The bank’s appeal was allowed. The borrower’s cross-claim against the bank was dismissed. However, she was awarded damages against her solicitor for professional negligence.

This implications of this decision may be widespread. The court found that if a lender is satisfied that the borrower is able to make an informed decision in relation to a loan agreement, the public interest test will ordinarily be satisfied. However, the lender is not required to go behind the purpose of the loan and assess whether a borrower’s proposed purpose is commercially viable.

Since the Khoshaba decision in 2006, defaulting borrowers have been ready to blame lenders where they have failed to meet their payments obligations. This decision is a further reminder of how vital it is that lenders ensure that:

Service the Loan: How Much is Enough When Assessing Borrower’s Ability?