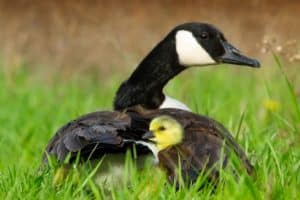 Can a lender do anything to protect itself from allegations of unconscionable conduct?

Too often commercial lenders have to contend with allegations made by defaulting borrowers that they are guilty of unconscionable conduct. An easy phrase to include in a letter or a pleading; but what does it really mean? And is there anything a lender can do to protect itself from these allegations?

Perhaps the most famous statement of unconscionable conduct is that of Mason J in Commercial Bank of Australia Ltd v Amadio (1983), where his Honour stated that the underlying general principle of unconscionable dealing:

In short, the lender must (or ought to) know that the borrower has a special disadvantage that it takes advantage of.

Examples of circumstances that Mason J found could constitute a “special disadvantage” include:

The High Court has also found, in Garcia v National Bank of Australasia Ltd (1998), a lender’s conduct to be unconscionable even though there were no facts alleged to support a conclusion that the guarantor wife was under a ‘special disability’ as per Amadio.

Garcia considered a financial transaction involving a husband and wife and the NAB. The husband had amassed a significant amount of debt to the bank arising from multiple business ventures. Subsequently, the husband and wife separated and divorced. The majority of the High Court identified that in order to classify conduct as unconscionable, the circumstances would have to be that the:

What can a lender do to protect itself from allegations of unconscionable conduct?

In almost all circumstances, the key to a lender being able to resist allegations of unconscionable conduct is to ensure that all parties, whether borrower, guarantor or mortgagor (“transaction parties”), understand the exact nature and effect of the proposed transaction. Also, this includes the consequences should the borrower default on the loan.