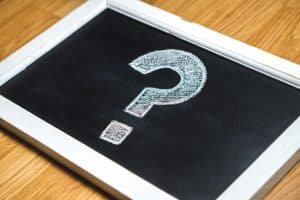 Claims of unconscionable conduct are a constant threat for lenders.  Lenders may feel confident that a guarantor secures the debt repayment, only to find the guarantees struck out as unconscionable.

Therefore, many lenders now structure their facilities to avoid guarantees by listing parties as co-borrowers.  However, a new line of cases may have extended the principles of unconscionable conduct to parties other than guarantors.

The borrowers defaulted on the loans and Bankwest demanded payment of all sums owing to it.  The demands were not paid and Bankwest began proceedings to recover the funds.

The Garcia Principles and Unconscionable Conduct

There is an established principle of equity that applies to a wife who is a volunteer guarantor for a loan facility. It states that she will not have given a valid and enforceable guarantee if there is little or no evidence to suggest that:

This principle stems from the four-pronged test put forward by the High Court in Garcia v National Australia Bank (1998) 194 CLR 395.

This article provides a summary of the principle.

Garcia Principles applied by the Court to Abdul

The court in Abdul therefore held that in relation to the Abdul Companies, Mrs Abdul (as a traditional guarantor on the facilities) had not given a valid and enforceable guarantee. As a result it could be set aside on the grounds of unconscionable conduct.

Later cases suggest that the High Court’s position in Garcia need not only apply to traditionally-structured guarantees. Facilities with different structures that in substance amount to unconscionable guarantees could also be included:

“Here the lender lends under a transaction where the money is intended to go to the husband, though framed in terms rendering husband and wife jointly liable as co-principals.  Such a situation may, in the eye of equity, involve a transaction of guarantee or, as sometimes described, constructive suretyship.”

Further, Nettle JA in Narain v Euroasia (Pacific) Pty Ltd (2009) 26 VR 387, followed this reasoning (though noted the court’s position in Elkofairi that it wasn’t for an intermediate appellate court to extend the Garcia principle):

“Were it not for Elkofairi, I should have thought that it was open to this court to construe Yerkey as capable of application to instruments apart from suretyship which operate to a wife’s husband’s advantage or confer a voluntary benefit on him.”

The court considered the position of Mrs Abdul in relation to the Abdul Facility, as a co-borrower, not a guarantor.  As noted, Mr and Mrs Abdul used the facility to fund further operations of the Abdul Companies.

Mrs Abdul was a volunteer, given that Mr Abdul controlled the Abdul Companies. Her inclusion was merely to secure the facility by her personal liability. Further, there was no evidence that she obtained legal advice, nor had the documents been explained to her above and beyond what was done for the Abdul Companies.

The principle from Bank of Western Australia Ltd v Abdul & Anor shows that a party to a loan who giving a guarantee (notwithstanding the legal form of the loan) will still be able to access the equitable remedy of unconscionable conduct as previously defined in Garcia.

Therefore, it is important for lenders to be wary of co-borrowing husbands and wives. This especially applies when there is an unfair balance of power between the parties. Lenders should look beyond the structure of a borrowing company into the roles performed by each party.

The best step to prevent unconscionable conduct unravelling a facility is making sure the transaction parties get independent legal advice.