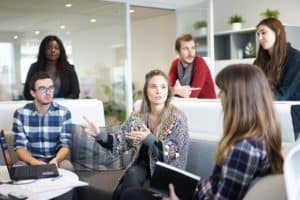 Another lender fails to insist on its borrower obtaining independent legal advice.

In Paccar Financial Pty Ltd v Menzies[2013] NSWSC 772 the critical issue before the court was whether certain loan documents had been signed and/or sufficiently explained to the borrower by the lender. None of which would have been required had the lender insisted on independent legal advice.

In May 2006, Menzies Haulage, a company directed by Mr and Mrs Menzies, purchased trucks and trailers  for $570,000. They entered loan and charge agreements for each item of equipment (2 trucks and 2 trailers), to finance these purchases. The Menzies agreed to guarantee payment of the loan from the lender.

Soon after receiving the advance, Menzies Haulage fell into arrears. The lender agreed to refinance the trucks and trailers to “spread out” the cost of the GST over the life of the loan. Menzies Haulage fell into arrears again. And by June 2008 the company owed in excess of $26,000 across the four loan facilities. Therefore the lender issued letters of demand seeking payment of the arrears. After correspondence between the lender and the guarantors, they reached an agreement suspending repossession action provided Menzies Haulage met the terms of arrangement. Once again, the borrower failed to make payments in accordance with this subsequent agreement.

On 25 March 2009, the lender sent a letter to Menzies Haulage terminating the facilities and demanding payment of the termination amount and delivery of the equipment. The lender also issued a letter of demand seeking payment under the guarantee of the sum of $373,541.09 plus interest and costs until payment. However, the lender received no payment and the borrower did not return the equipment to the lender.

The borrower and guarantors argued they only signed loose execution pages for the deeds of loan and charge. And for the guarantee and the amending deeds. They contended that the terms and conditions were subsequently appended to the execution pages. Therefore, this meant they had no notice of the terms of the agreement. The lender denied these allegations. It argued that the pages of each document were stapled and bound by tape at the time(s) that the documents were signed and that the Menzies had sufficiently reviewed the documents before signing them.

By way of a cross claim, the borrowers and guarantors argued for the following:

Harrison AsJ assessed the expert evidence of forensic document examiners and concluded that the experts’ findings corroborated most of what the lender alleged. At the time of the proceedings, Mr Menzies’ affidavit had not been sworn. If Mr Menzies had attended the hearing, Harrison AsJ would have permitted him to swear his affidavit. But without his version of events being tested during cross examination, the Court preferred the lender’s version of events.

With respect to the cross-claim, Harrison AsJ found that the lender did not engage in misleading or deceptive conduct. The alleged misrepresentations were not made out.

Secondly, the contracts were not unjust under the provisions of the Contracts Review Act. Whether a contract is unjust will depend on the court’s consideration of a number of factors listed in s 9 of the Act. The guarantors alleged that:

The cross-claim for relief failed and the guarantors were held liable to pay the amounts outstanding under the loan agreement and the lender’s costs. The lender was also entitled to possession of the equipment the subject of the agreement.

Service the Loan: How Much is Enough When Assessing Borrower’s Ability?