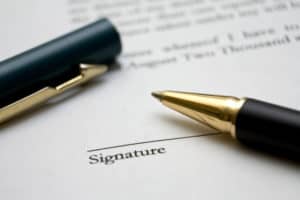 Careless drafting and a failure to properly structure loan facility and variation documents leave a lender with an unsecured loan and significant costs exposure.

In the matter of Sibonna Nominees Pty Ltd v Evangelos Vouzas and Christina Vouzas [2013] VSCA 369, the Court of Appeal of Victoria affirmed the trial judge’s finding that a mortgage provided by the borrower’s parents secured no money and that the lender was not entitled to exercise any power of sale over 2 ‘mortgaged’ properties.

In about November 2007, Sibonna Nominees Pty Ltd (“the lender”) began lending money to Steven Vouzas (“the son”) and his company, Speck Projects Pty Ltd. By August 2008, the principal amount owing on the loans was $600,000.

The lender required security for the principal and interest owing on the loans. So the son arranged for his parents to execute a mortgage over two of their properties. The mortgage purported to secure all monies owing by the parents to the lender. However, no monies had in fact ever been lent to the parents.

The parents later sued the lender for wrongful exercise of a power of sale. They sought declaratory orders that the proceeds of sale were held on trust for their benefit. They also claimed further loss and damage, including the rent received by the lender.

The lender argued that the parents were bound and liable because the stamp duty notation on the mortgage cover sheet stated ‘the amount advanced pursuant to this Mortgage is $500,000’. It also argued that a variation of mortgage had the same effect as a credit contract, in that it was an acknowledgement of the debt owed to the lender by the parents.

The lender submitted that a later mortgage variation (‘the mortgagors shall repay the said sum of $1,300,000 on or before 1 October 2009…’) created an unconditional obligation on the parents to pay a certain sum by a certain date in the future.

In an attempt to deal with the fact that no monies had been advanced to the parents, the lender argued that the parents incurred a deferred debt within the meaning of ‘credit’ in s 4(1)(b) of the Consumer Credit Code. Counsel for the lender argued that nothing in s 4(1) of the Code required that money actually be advanced to the parents. Rather the definition of ‘credit’ focused on the obligations owed by the mortgagor, not on the provision of a loan.

The trial judge did not accept this argument made on behalf of the lender as s 4(1) speaks in terms of credit being ‘provided’. And to suggest otherwise would be an artificial and strained construction of the language used in the legislation. Put simply, there was no advance made to the parents so the mortgage they provided secured nothing.

The lender appealed this decision.

Decision of the Court of Appeal

The decision of the trial judge was upheld on appeal. The court found that even if the Code did only require there to be an obligation imposed on the mortgagors and no requirement for monies to be advanced by the mortgagee, the parents did not assume any obligations because the term ‘principal sum’ in the mortgage variation did not appear in the original mortgage document. Therefore the mortgage did not secure any monies.

This serves to illustrate the need for carefully drafted mortgage documents.

If the mortgage or loan agreement you are using to secure your loans is not properly drafted, your funds may be exposed. At Elliott May Lawyers we specialise in mortgage lending and litigation. Our composite mortgage document maximise your prospects of prevailing should borrowers or guarantors attempt to avoid their repayment obligations.

All Monies Mortgages Still in Use Despite Exposing Lenders