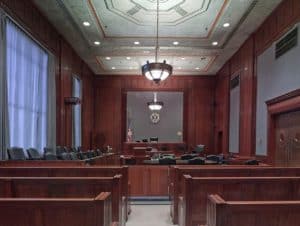 The NSW Supreme Court exercises its discretion and stays the execution of a writ of possession.

In Secure Funding Pty Ltd v Colin West [2013] NSWSC 746 a short stay of execution was granted by the Supreme Court to allow the borrowers to make the missed payments and to provide evidence of the progress of an application for further finance. The decision demonstrates the scope of the court’s discretionary power to stay proceedings.

In Tringali v Stewardson Stubbs & Collett Pty Ltd, it was held that the power to stay execution of a judgment or order could be exercised “in any situation where the requirement of justice demands it”. This case heard by the Supreme Court of New South Wales concerned an application for a stay upon a writ of possession of a residential property.

Mr and Mrs West mortgaged their property to Secure Funding. The mortgage fell into default and at the time of the proceedings the loan account was some $31,000 in arrears. The total loan balance owed to the lender was $164,000.

This was not the first time Secure Funding had sought judgment for possession in relation to this loan facility. Secure Funding’s first application was compromised upon terms that involved Mr and Mrs West having an opportunity to sell the security property to their daughter and her partner. It was proposed that their purchase be funded through Indigenous Business Australia (“IBA”). The eviction was to be stayed for a period of three months provided Mr and Mrs West made the minimum monthly loan repayments in a timely fashion. They were also to keep the lender informed about the progress of the proposed sale of the property (“First Compromise”). If the required payments were not made on time, the borrowers would be required to deliver vacant possession of the property to the lender within 7 days after the service of a notice to that effect.

The very first loan payment due under the First Compromise was not made and the borrowers were thus in default. The borrowers also did not comply with the lender’s request to deliver vacant possession of the security property. And so and eviction was scheduled.

The lender argued that the court should not grant a stay on the terms outlined by the borrowers. The Judge agreed, finding that it was unclear whether the loan application was in adequate terms or whether the application had been received and accepted. Therefore, the court was not prepared to grant a seven week stay. Especially as evidence about the reasons for the stay were so manifestly inadequate.

Execution of writ of possession stayed for seven days

On this basis, the Judge was prepared to grant a stay for seven days only to allow for evidence to be provided which would show: