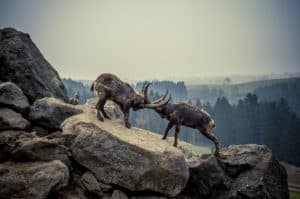 What are the implications for those seeking to set aside a statutory demand?

In Plate Impressions Pty Ltd v JRL Consortium Group Pty Ltd [2016] QSC 274, the Supreme Court of Queensland considered both the requirements for the effective form of a statutory demand and the impact of a genuine dispute regarding the debt.

On 21 October 2015, the lender, Plate Impressions, entered into a loan facility agreement with the borrower, JRL Consortium Group. Under the agreement the borrower was entitled to draw down funds up to a limit of $500,000 for a building development project.

On 1 June 2016, the lender applied to the court seeking an order to set aside the statutory demand.  It alleged that the demand and service of the demand were defective. Also it stated that there was a genuine dispute regarding the debt.

The borrower submitted that the court lacked jurisdiction to hear the matter as the application to set aside the demand was out of time.  Statutory demands made under s 459E of the Corporations Act 2001 (Cth) may only be contested within 21 days after the demand is served.

The borrower offered evidence that the demand and affidavit were sent by express post on 9 May to the lender’s registered office.  According to the tracking information, delivery of the package to Albion, Queensland occurred at 2:09pm on 10 May 2016. An Australia Post customer service representative confirmed this information. Therefore the borrower submitted that the application of 1 June 2016 was out of time.

The lender offered the evidence of its receptionist that the demand and affidavit were served on 12 May 2016.  The lender’s receptionist stated that she picked up the express post envelope containing the statutory demand from the company’s post box on the afternoon of 12 May 2016.  She said that upon checking the box earlier that day, the demand had not arrived.

Additionally, the borrower was misnamed in the agreement as “JRL Consortium Pty Ltd …”, rather than “JRL Consortium Group Pty Ltd…”. However, the borrower’s correct name appeared on the mortgage. The lender submitted that this defect amounted to a significant injustice because the demand created doubts for the recipient regarding where to direct the payment.

In both instances, the court determined that technical defects do not establish grounds for setting aside a demand. To do so the court must be satisfied there is a substantial reason for setting aside the demand. The court held that the incorrect year stated in the documents could not have confused the lender.

Regarding the misnaming of the borrower on the documentation, the court held that the lender needed to establish that this caused a “substantial injustice”.

The lender also claimed that a genuine dispute existed between the parties regarding the debt referred to in the demand.

The submission was two-pronged. It contended that:

Issue 3a – Misleading and Deceptive Conduct

In relation to misleading and deceptive conduct, the lender pointed to two pieces of evidence.  Firstly, the borrower said that the total construction cost for the development would be $1,200,000. And this was considerably less than the costs to date. Secondly, the borrower had stated that it had sufficient funding to complete the development at the budgeted cost.

However, the court held that the construction cost was only an indicative estimate of the project cost. Further, the contract contained an “entire agreement” clause that prohibited any reliance on pre-contractual statements.  Accordingly, the lender’s submissions on this basis failed.

Issue 3b – Respondent Breached the Agreement

Having regard to the allegations of breach by the borrower, the lender submitted the evidence of a quantity surveyor, who stated that:

The lender further submitted subsequent correspondence between the parties. This demonstrated that a dispute had clearly arisen regarding the matters covered by the quantity surveyor.

The borrower submitted that it was not necessary for the court to consider whether it was in breach of the agreement, as the work performed was not a condition of the debt. Rather the lender was unconditionally required to pay the demand regardless of work performance.

The court held that the agreement contained a provision postponing any advance of money where there was an event of default under the agreement.  One such event of default was a failure by the borrower to perform any undertaking or obligation.  One obligation was to “expeditiously and without intermission … erect and complete the building work on the development land in accordance of the best skills and practices and to the satisfaction of” the lender.  Therefore, the court determined that it was well within the rights of the lender to inquire into the progress of the work and decline to pay where there was an event of default.

On this ground, the court set aside the statutory demand issue by the borrower.

There are two primary implications of this decision for those seeking to set aside a statutory demand:

This publication is for your general information and interest only. It is not intended to be comprehensive, and does not constitute and must not be relied on as legal advice. You must seek specific advice tailored to your circumstances.