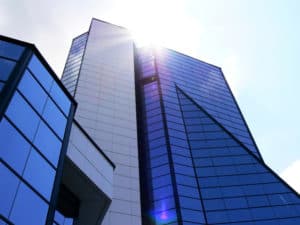 Service of Statutory Demands on a company at its registered office held invalid.

This case involved an administrative oversight on behalf of the Deputy Commissioner of Taxation, who applied under s 459P of the Corporations Act for an order that ABW Design and Construction Pty Ltd be wound up in insolvency. In deciding whether the company should be wound up, Justice Logan’s considered whether the statutory demand had in fact been served on ABW at its registered office.

A photocopy of the envelope containing the statutory demand and supporting affidavit was tendered in evidence by the ATO, and revealed the following:

Because of these administrative issues, it was held that the documents had not been effectively served on ABW and the winding up application brought by the ATO was dismissed with costs. Justice Logan stated:

The basis for the statutory demand in this case was an alleged indebtedness by Manta’s to the ATO in respect of superannuation guarantee charge and general interest charge amounts.

His Honour discussed the presumptions regarding the receipt of postal articles found in s 160 and s 163 of the Evidence Act. These presumptions may be rebutted where there is “evidence sufficient to raise doubt”. Justice Logan found that the evidence provided by Manta’s director was enough to indicate that there was sufficient doubt over whether the statutory demand had in fact been received by the company.  Consequently, his Honour dismissed the winding up application with costs.

The judgments discussed above may be viewed in full by clicking on the links below:

Statutory Demands and Genuine Dispute Regarding the Debt

Elliott May Lawyers specialise in all aspects of mortgage lending and enforcement, including preparation of offer documentation, loan agreements, mortgages, priority deeds, PPSA charges and guarantees, as well as issuing possession proceedings and facilitating the exercise of power of sale by mortgagees.