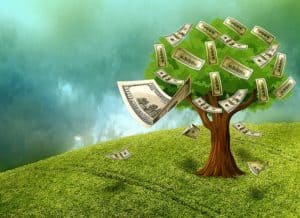 The Supreme Court of Victoria considers the elements required to set aside a statutory demand where the company asserts an off-setting claim.

In the matter of Innovision Developments Pty Ltd v Martorella & Anor [2012] VSC 390, the Supreme Court of Victoria set aside a creditor’s statutory demand for payment of a debt even though the debt was a money judgment entered by that court in favour of the creditor.

On 24 June 2011, a judgement was entered by the Supreme Court of Victoria ordering Innovision Developments Pty Ltd (“Innovision”) to pay the costs of Mr and Mrs Martorella. The costs were fixed in the amount of $59,352.41 as of 10 April 2012. On 2 May 2012, the Martorellas served a statutory demand on Innovision demanding payment of the above sum. Innovision made an application under s 459G of the Corporations Act 2001 to set aside the statutory demand.

There was no genuine dispute between the Martorellas and Innovision about the existence or amount of the judgment debt to which the demand related. Innovision chose not to rely on the genuine dispute limb of s 459. Rather, it relied on the other limb of that section. It contended that it had an offsetting claim under s 459H(5) of the Act. An offsetting claim under this section means:

A genuine claim that the company has against the respondent by way of counterclaim, set-off or cross demand (even if it does not arise out of the same transaction or circumstances as a debt to which the demand relates).

The Martorellas claimed that the total deposit had been forfeited to them. Innovision then lodged a caveat against the title to the land. It asserted it had an equitable lien arising out of a relief against forfeiture in respect of the deposit monies. Consequently, the Martorellas commenced proceedings to have the caveat removed.  Dixon J ordered the removal of the caveat and that Innovision pay the Martorellas’ costs.

Application to set aside statutory demand

A further proceeding was then commenced by Innovision claiming relief against forfeiture of the deposit paid on the basis that it was a penalty. This matter was still on foot when Innovision applied to set aside the statutory demand.  Gardiner AsJ had to determine whether the action for relief against forfeiture constituted a genuine offsetting claim. And whether the statutory demand should be set aside.

The term ‘cross-demand’ has been interpreted widely, and has been defined to include:

“any claim for damages which exists at the time the application to set aside the statutory demand is made, which is for a monetary amount capable of quantification, whether or not it arises out of the same transaction or circumstances as the debt to which the statutory demand relates (Re Brink; Ex parte Commercial Banking Co of Sydney Ltd)”

Gardiner AsJ explained the rationale and policy considerations of s 459H(5) of the Act as follows:

“The provisions work so that companies found to have offsetting claims are not presumed to be insolvent as the demand will be set aside; rather, the offsetting claim is required to be litigated in other proceedings in order to ascertain the balance of account between the parties.”

Statutory Demands and Genuine Dispute Regarding the Debt