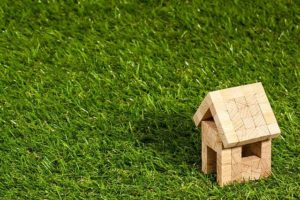 Does a mortgagee compromise its rights under a judgment for possession if it allows the mortgagor time in which to discharge the debt rather than immediately taking possession of the mortgaged property?

In Wolfe v Permanent Custodians Limited [2012] VSC 275 the Supreme Court of Victoria dismissed several claims made by a plaintiff borrower. An agreement whereby the lender agreed to refrain from enforcing a judgment and warrant for possession over the borrower’s property in return for payment of the owed money was held to not interfere with the lender’s right to enforce a judgment and Warrant of Possession.

On 10 August 2009, the lender obtained judgment against Mr Wolfe, the borrower, for payment of $326,602.66 plus costs and interests and judgment for possession of his mortgaged property. In September 2009, the lender’s solicitors wrote to the borrower’s solicitors advising that the lender had obtained judgment against Mr Wolfe. The letter stated that should the borrower pay the arrears and make all future instalment payments, enforcement action would not ensue (“the 2009 Agreement”). This arrangement was without prejudice to the lender’s rights to rely on the existing judgment and warrant for possession.

The 2009 Agreement included a term that if the borrower defaulted in any way, the lender would enforce its rights under the judgment and Warrant without notice.

Mr Wolfe subsequently defaulted and the lender exercised its rights under the 2009 Agreement. Mr Wolfe was evicted and he later claimed damages. He argued that the conduct of the lender ran contrary to the law.

In this instance, there was a default judgment granting the lender possession of the security property. And also an enforceable warrant and judgment debt. Therefore, the mortgage, the loan and associated security guarantee were merged into the judgment of the Court.

As the borrower made no attempt to set aside this judgment, there could be no independent cause of action. The judge found that the only source of Mr Wolfe and the lender’s remaining rights and obligations was the default judgment and the subsequent 2009 Agreement.

The lender argued that the 2009 Agreement relied on by the borrower was unenforceable because of a lack of consideration. Consideration can be defined as the price, detriment or forbearance given as value for a promise. A contract is generally only binding if the promise is supported by consideration. In essence, the bank was saying there was no consideration because the borrower had given nothing in return for it agreeing not to immediately enforce its rights under the judgment.

The Judge disagreed and characterised the issue in terms of a benefit conferred on the bank by Mr Wolfe. It was found that the benefit to the bank was avoiding the inconvenience of having to sell the security property. Therefore, there was valid consideration according to the Judge.

Mr Wolfe argued that the 2009 Agreement contained an implied term that the bank could no longer rely on the judgment and warrant for possession but would in fact have to commence new enforcement proceedings in the event of a fresh default. This argument was rejected on the grounds that it conflicted with the 2009 Agreement’s express terms. The Judge stated that a court will “only imply terms to the extent that are consistent with the actual term of the contract. The parties can therefore expressly agree to exclude terms that might otherwise be implied”.

The case of BP Refinery (Westernport) Pty Ltd v Hastings Shire Council (1977) provides an outline of the considerations a court must satisfy before implying a term into a contract.

The term must be

Claim of misleading and deceptive conduct

Mr Wolfe also argued that the lender engaged in misleading and deceptive conduct. This prevented him from performing the 2009 Agreement. He claimed the lender failed to notify him that he had incorrectly completed the direct debit form. Thus resulting in his breach of that agreement.

However, the lender had no knowledge that Mr Wolfe had difficulties completing forms. Or that he did not have access to assistance to complete forms if necessary. The instructions contained in the form were written in plain English. And Mr Wolfe had the opportunity to receive help in completing the form.

At no stage did the lender represent or imply that the incorrect form would be accepted. The Judge referred to the decision in Miller and Associates Insurance Broking Pty Ltd v BMW Australia Finance Limited [2010] and stated that “to find Permanent acted in a manner that can be characterised as misleading and deceptive would be to impose an obligation on them to volunteer information in order to avoid the consequences of Mr Wolfe’s own carelessness in completing the form”. The lender therefore had not misled or deceived the borrower.

In his Statement of Claim, Mr Wolfe contended that the terms of the 2009 Agreement were unjust.

According to s 70 of the Consumer Credit Code, in considering whether a transaction is unjust, a court is to have regard to the public interest and all the circumstances of the case. In West v AGC Advances Ltd, Justice McHugh stated “a contract will not be unjust… unless the contract or one of its provisions is the product of unfair conduct on his part either in the terms which he has imposed or in the means he has employed to make the contract”.

Even though there was to some extent inequality in bargaining power, it was not taken advantage of by the lender.  The Judge referred to Mr Wolfe’s experience in borrowing money in reaching this conclusion. There was also no substantive evidence that Mr Wolfe did not understand the effect of the transaction. Therefore the Court dismissed this aspect of Mr Wolfe’s claim.

The proceedings brought by Mr Wolfe were dismissed and he was ordered to pay the lender’s costs of the proceeding.