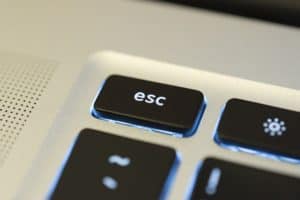 In a recent NZ Court of Appeal decision a late payment fee of over $30 million on a $37 million loan dodged the penalty tag. The Court held the fee to be proportionate to the lender’s interests and so enforceable.

What are the effects of this key judgment? It certainly issues a warning to commercial borrowers. Escaping late payment fees may not be as simple or clear cut.

The decision in Wilaci Pty Ltd v Torchlight Fund No 1 LP [2017] NZCA is relevant to all businesses using late payment fee clauses in their contracts. Although the case took place in New Zealand, Australian law bound the Courts in reaching a decision.

Wilaci lent $37 million to Torchlight, a private equity fund. Torchlight needed urgent short-term funding but failed to arrange a loan from a commercial lender. The loan term was 60 days. Wilaci, not in the business of lending, sought to manage its risks. The key conditions included:

Torchlight did not repay the loan within 60 days. Over a period of almost two years Wilaci unsuccessfully requested payment.  Thereafter Wilaci issued a demand for the late payment fee, which by then amounted to over $28 million.

Torchlight refused, arguing that the fee was an unlawful penalty at common law. Torchlight succeeded in the High Court but the matter came before the Court of Appeal due to an appeal by Wilaci.

Torchlight argued that the fee was excessive compared to the loss Wilaci suffered on delayed payment. Therefore it was a penalty. The fee equalled an 80% return on the $37 million loan.

Wilaci denied that the late payment fee was a penalty:

The decision reached by the Court of Appeal

In reaching its decision the Court stressed the commercial context of the two parties. Relevant factors were:

What does the ruling mean?

It seems that the Court is less likely to label a clause as a penalty if negotiated by sophisticated commercial parties. However, in cases where there is not equal bargaining power between the parties, the Court may interpret the penalty doctrine more narrowly.

High Court Clarifies the Operation of the Penalties Doctrine