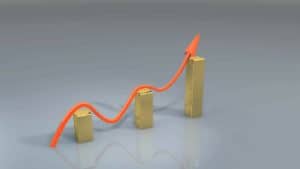 Penalty Interest – Court of Appeal confirms that it is permissible for a lender to charge a higher and a lower rate of interest.

This case concerned a loan agreement dated 17 December 2009 between PSAL as lender and Ms Kellas-Sharpe and Goldiway as borrower.

The Loan Agreement defined the term Interest Rate to mean:

“The standard rate of 7.50% per month, but while the Borrower is not in default under the Facility, the Lender will accept interest at the concessional rate of 4.00% per month.

If the Borrower after the Advance Date fails within 3 Business Days to take all action requested of it by the Lender to facilitate the registration of the Lender’s interest in any Security, the interest rate payable by the Borrower will be 3.50% per month higher than interest rate which would otherwise prevail”

The borrower subsequently failed to make repayments. By its Claim filed on 4 May 2011, the lender and mortgagee sought payment of the sum of $1,745,166.25, interest at the standard rate of 7.5 per cent per month on that sum from 20 April 2011 and recovery of the mortgaged properties plus costs.

The borrowers argued that the provisions concerning the payment of interest constituted a penalty and were therefore void.

The trial judge applied the long established rule that an interest rate which specifies a higher rate with a discount for punctual payment does not constitute a penalty.

Issues before the Court of Appeal

The borrowers appealed on the following grounds:

In considering point 1, the court referred to the firmly established legal rule excluding interest rate provisions from the penalty doctrine as determined by the High Court.

In Acron Pacific Ltd v Offshore Oil NL, the majority of the High Court supported the proposition that “there is no penalty if the provisions of the moratorium deed simply grant an indulgence for the payment of a debt that is due and payable”. Counsel for the borrowers invited the Court of Appeal to “consign the rule to history and not to apply it”.

“Criticism has tended to focus upon the distinction that the rule makes. The objection to the distinction underlying the criticism is centred upon its dependence upon form rather than upon substance. The provisions are differently expressed in form, yet in substance the same interest rate outcome results from them where payment is not punctual – the higher rate is charged.

It is true that, from this perspective, the distinction made by the rule does contradict equity’s preference for substance over form in a way that is anomalous. However, it is not as clear to me that the distinction ought to be abolished”

The appeal was dismissed with costs.

High Court Clarifies the Operation of the Penalties Doctrine