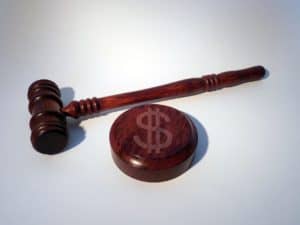 High Court clarifies the operation of the penalties doctrine in Australia.

In Andrews v Australia and New Zealand Banking Group Limited [2012] HCA 30 the High Court of Australia held that a fee could be characterised as a penalty even though it was payable without there being any breach of agreement.

On 6 September 2012, the High Court of Australia delivered a landmark decision concerning the penalties doctrine in Australia. This decision signifies a shift in fees and charges capable of being found to be unenforceable penalties. It could have widespread commercial implications for lenders and the loan and mortgage agreements currently relied upon. Significantly, the court unanimously found that a fee could be characterised as a penalty even though it was payable in the absence of any breach under an agreement.

What is a penalty clause?

A penalty is an amount charged as punishment for failing to observe a contractual stipulation. It results in the imposition of an additional or different liability upon breach.  Penalties are generally read down or invalidated where there is a lack of proportionality between the actual loss suffered by the non-defaulting party and the amount payable by the party at fault.

Until this decision of the High Court, the law operated so that relief against a penalty was only available where an amount was payable because of a breach of contract.

Following this decision, it will be open for a court to find an amount to comprise an unenforceable penalty. Even if it is payable in the absence of any breach.

In the Federal Court, Justice Gordon found that many of the ANZ’s fees could not be classified as penalties because they were not payable upon breach of contract. The judge engaged in a detailed historical analysis of the penalties doctrine and stated:

‘the law of penalties, confined to payments for breach of contract, is a narrow exception to the general rule whereby the law seeks to preserve freedom of contract, allowing parties the widest freedom, consisted with other policy considerations, to agree upon their contract’

Justice Gordon characterised ANZ’s Late Payment Fee as being payable upon breach of contract. And so capable of being invalidated as a penalty.  In contrast, the Dishonour Fee, Non-Payment Fee and Over Limit Fee were not charged by ANZ upon breach of contract. So Justice Gordon held it was unnecessary for him to decide whether or not they were penalties.

The decision of Justice Gordon may be read in full by following the link below:

The High Court Decision and its implications

ANZ’s customers appealed to the High Court. They argued that recent decisions had misapplied the law in regard to penalties.

The High Court agreed unanimously with the customers and found the penalties doctrine should not be limited to situations where breaches of contractual obligations occur.

The High Court said attention should be paid to the substance rather than the form of the charge being imposed. On this basis, the High Court rejected the proposition expounded in earlier cases that the penalties doctrine was confined to cases of breach of contract. They unanimously held that this was an incorrect interpretation of the law and the history of the penalties doctrine.

What approach should lenders take?

Where the fee is not payable for the provision of additional services it will be subject to the penalties doctrine. And may be unenforceable unless it is a genuine pre-estimate of the damage suffered by the lender due to the borrower’s non-performance.

The High Court illustrated its point by reference to the case of Metro-Goldwyn-Mayer Pty Ltd v Greenham. This involved a contract for the hiring of films to exhibitors for public showing. It conferred the right to a single screening only. If the exhibitor wished to show additional screenings, they were obliged to pay four times the amount of the initial screening. There the judges ruled that the penalty doctrine would not apply because a fee, albeit a far higher fee, was payable for the provision of additional services, stating:

‘There is no right in the exhibitor to use the film otherwise than on an authorised occasion. If he does so then he must be taken to have exercised an option to do so under the agreement, if the agreement so provides. The agreement provides that he may exercise such an option in one event only, namely that he pay a hiring fee of four times the usual hiring fee.’

Lenders will need to carefully review their loan agreements and mortgage documents. They should ensure that the fees they are charging are payable for the provision of additional services. And not to secure obligations owed by borrowers.

The decision of the High Court of Australia may be read in full by following the link below:

Other articles dealing with the penalty doctrine: