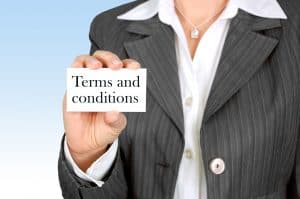 Changes to the Australian Consumer Law (ACL) have impacted the drafting and litigation of contracts. In this context, how binding are standard terms?

Are the standard terms incorporated into the contract at common law?

The type of agreement determines if the standard terms are included into a contract at common law. Broadly this means:

However, as of 12 November 2016 the Australian Consumer Law (ACL) protects small businesses from unfair terms. The protection applies to standard form contracts. Previously the ACL only covered individuals and consumers.

What is a standard form contract? The ACL does not provide a definition. However, in broad terms it is a contract between two parties. The one sets the terms and conditions while the other party is in a “take it or leave it” position. They also have little or no ability to negotiate better terms.

These one-sided contracts are common. Small businesses enter into them on a daily basis for financial products and services. Examples are car rental agreements, credit card or business loan contracts and telecommunication contracts. In addition, many contain contract terms that some may consider unfair.

Even if a set of standard terms are binding at common law, if a term is ‘unfair’, it may be declared void under the ACL.

What is an ‘unfair’ term in a standard form contract?

However, only a court can decide if a term is ‘unfair’. The court needs to study the contract as a whole. In the context of the contract is there another term that balances the unfair term? Also the transparency of the term is considered.

A transparent term is:

Terms that are not transparent are those hidden in the fine print of the contract. Also terms written in complex, legal language that is not easily understood fall into this category.

A contract term is excluded from unfair protection if it:

What if a court finds a term ‘unfair’?

In conclusion, a term of a standard form contract may be declared void if a court finds it unfair. It is as if the unfair term never existed. However, if the contract is able to function without the unfair term then it is still binding on all parties involved.