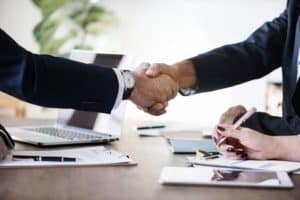 Since the Australian Consumer Law was amended to include protections for small businesses from unfair contract terms in November 2016, the Australian business community has eagerly awaited the testing of the new regime.

In Australian Competition and Consumer Commission v JJ Richards & Sons Pty Ltd [2017] FCA 1224 the ACCC contended that a number of terms in a standard form contract were “unfair” with regards s 24 of the ACL.

To be classed ‘unfair’ under the Australian Consumer Law (ACL), a term must:

If a court or tribunal finds that a term is ‘unfair’, the term will be void. The balance of the contract will continue to bind the parties to the extent it is capable of operating without the unfair term.

JJ Richards and Sons Pty Ltd (JJ Richards) is in the business of providing waste management services. Since the introduction of the small business protections in November 2016, JJ Richards has renewed or entered into more than 26,000 standard form contracts, including with small businesses as defined in the ACL.

The ACCC claimed that 8 of the clauses in JJ Richards’ standard form contract were unfair contract terms for small businesses.

The Court concluded that each of the above Terms was “unfair” within the meaning of s24 of the ACL. Therefore, where these terms were contained in small business contracts, they were void for being unfair.