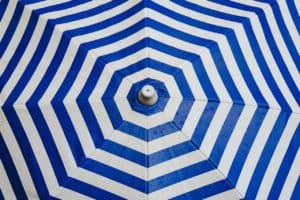 As of November 2016, the Treasury Legislation Amendment (Small Business and Unfair Contract Terms) Act 2015 extended the unfair contract terms protections to cover small businesses. Prior to this only consumers benefited.

“A term of a consumer contract or small business contract is void if:

(b)   the contract is a standard form contract.”

If a court finds that a term is unfair it will be invalid and will not bind the parties. However the rest of the provisions of the contract will continue to bind the parties to the extent it is capable of operating without the unfair term.

The number of employees working for a business excludes casual employees unless employed on a regular basis.

If a party to a proceeding claims that a contract is a standard form contract, then the court will assume this is the case unless proved otherwise. Section 27(2) of the ACL outlines a number of matters that a court must take into account in considering whether a contract is a standard form contract. These include the bargaining powers of the contracting parties and if the terms of the contract looks at the specific characteristics of another party or the particular transaction. Another consideration is if the contract was prepared without negotiation.

What is an Unfair Term?

Section 24 of the ACL states that a term is unfair if:

While assessing if a term is unfair a court will consider whether the term is ‘transparent’. This means it is legible, expressed in plain language, presented clearly and is freely available to all involved parties. If the term hides in the fine print or legalistic, complex language is used, it is unlikely that the term will be considered transparent.

The court will also read the relevant term against the contract as a whole. For instance, other terms in the contract which offset the unfair term.

Implications for lenders and credit providers

These changes are very broad in their application. So lenders (and other businesses) should review their standard form contracts used in transactions involving small businesses to ensure they are compliant. The following types of contractual terms are some examples of terms needing review:

Private Lenders: What is the Future of Small Business Loans?