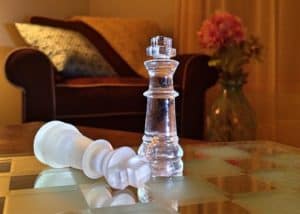 Attempts by Borrowers to dodge Bank’s recovery of possession claim with an unlikely counterclaim backfires.

In Australian and New Zealand Bank Group Ltd v Beamond & Anor [2017] QSC 208 the Supreme Court of Queensland rules in favour of Bank’s right to recovery of possession of mortgaged properties. The Court also dismisses all counterclaims submitted by Borrowers.

Over a period of three years, starting in 2007, the Australian and New Zealand Bank (the Bank) loaned a total of $1.5m to Adrian Beamond and Deborah Smith (the Borrowers). This took the form of five separate loans each secured by registered mortgages over properties located in North Queensland, near Mission Beach.

Summary of the five loans

In May 2010, by obtaining a partial refinancing from Bendigo Bank, the Borrowers paid about $120,000 to ANZ thereby repaying the fifth loan. As a result the Bank released security over Mitchell Street.

Default and demand for recovery of possession

However, in March 2012 the Borrowers stopped making payments and defaulted on each of the outstanding four loans. In November 2014 the Bank issued notices of default and demand. The Borrowers ignored these.

Therefore, the Bank claimed for payment of the sums due under the unpaid loans. The calculated amount totalled $1,989,534.02, including interest.

The Borrower’s counterclaim included allegations of forgery, fraud, breach of fiduciary duties and unconscionable conduct. They submitted that a number of acts and omissions by the Bank during the approval process of the loans freed them from any liability to repay the four outstanding loans.

The acts and omissions focussed on Mr Eather, the Bank officer who dealt with the Borrowers. They claimed Mr Eather falsely manipulated figures on a number of the bank applications to ensure loan approval. If the figures were correct, the loans would have been declined, claimed the Borrowers.

“Thus, their essential complaint was that five loans were approved when they should not have been and that a sixth loan was not approved when it should have been.”

The Court found no substance to the counterclaim. Therefore it was dismissed.

The Court ordered the Borrowers to deliver up possession of the three properties, pay the Bank $1,989,534.02 in settlement and cover the costs of the proceeding.